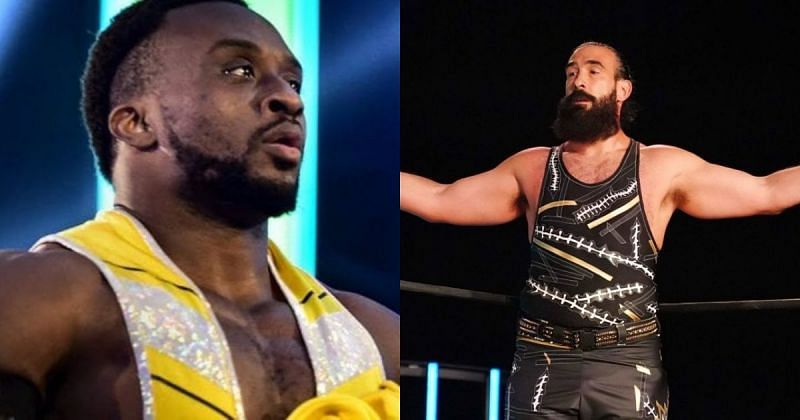 Big E, Cody Rhodes, and several WWE and AEW wrestlers visited Brodie Lee (also known by his real name Jon Huber and his WWE name Luke Harper) on his death bed at the hospital in Jacksonville to say their goodbyes and console his family last month. Brodie Lee’s widow Amanda Huber shared the news on the AEW Unrestricted podcast.

Squared Circle Reddit user Miber3 recapped the interview, where Amanda revealed that Brodie appeared to be improving in early December, being able to nonverbally communicate with her, but that while in the hospital, he got an infection in his lungs. She found out about this sometime around December 13th, her and Brodie’s wedding anniversary.

On December 16th (Brodie’s birthday), Chris Jericho flew Brodie Jr. up to Jacksonville on his private jet. He got to attend a live episode of Dynamite that night, which was a big deal to him as he was such a big wrestling fan, and aside from having his dad home, was the second thing he wanted most for Christmas.

That night, Amanda was expecting to receive a phone call on the decision as to whether or not Brodie would receive a lung transplant. She didn’t hear anything, which she assumed meant it would be a “no.” This was later confirmed to the case, as it was declined by the transplant doctors, but one other doctor was adamant in wanting to exhaust every option and not give up.

Over the next week or so they were turned down by some other transplant centers, and still waiting to hear back from some others.

Amanda decided to go home for a few days to spend time with her kids for Christmas.
She said that she would call to check in every day, but did not want to hear from the hospital otherwise. “I don’t want to hear any bad news.”

Despite her requests, she received a phone call from a doctor (one she wasn’t particularly a fan of) saying that they needed to begin end of life care. At this point, Brodie’s kidneys and heart were failing. Amanda refused to come back to Jacksonville, as she was determined to spend Christmas with her children – despite the risk that she may not be there when Brodie passes.

Some family then flew in and they tried to have a normal Christmas day, despite the obvious difficulties. That night, along with her brother-in-law and sister-in-law they flew back to Jacksonville. The kids were staying with her mother-in-law, and drove up the next day.

She called Cody Rhodes (who had been close with Amanda throughout the whole process, and who has the experience of having a larger-than-life father pass away) and Big E (Brodie Jr’s favorite wrestler) to see if they would be willing to come to the hospital and be there when she had to tell Brodie Jr about his father’s passing.

On the next day, December 26th, wrestlers including Cody, Big E, Shawn Spears, Peyton Royce, Tyler Breeze, and Margaret and Megha from AEW’s PR/Legal team (who had been very supportive of Amanda throughout this ordeal – the former who had brought food to her hotel room and the latter who invited her to Thanksgiving dinner) all came to the hospital to say goodbye to Brodie.

Cody, Big E, and Amanda went back to the hotel to talk to Brodie Jr about his father’s passing.