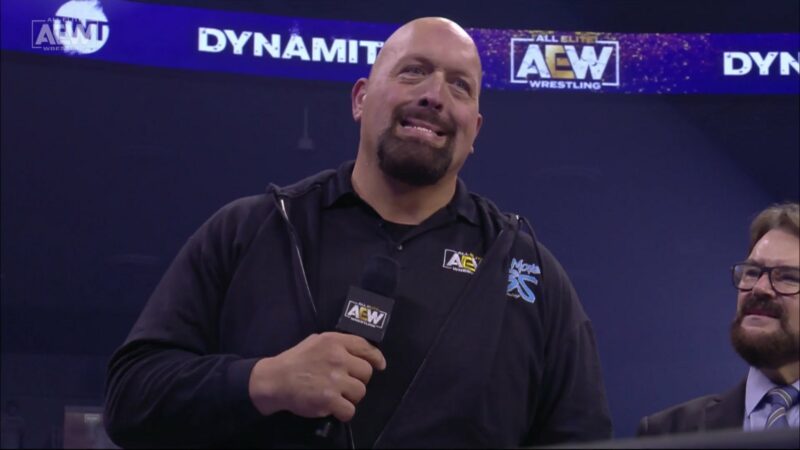 WWE Hall of Famer Kurt Angle recently joined as guest on the latest “Talk Is Jericho” podcast. He went on to recall having a backstage scuflle with the late great Eddie Guerrero. Keith Lee Gets Offer From Surprising Promotion

Kurt Angle opens up on the incident

Angle said he had a few fist fights with Eddie Guerrero, but overall, they got along and were friends:

“When I got backstage, Eddie came back after the show. We all waited in gorilla and we say, ‘Thank you’ and shake each other’s hand. I went to shake his hand and I said, ‘Thank you Eddie’, and he said, ‘No. No. What you did out there was wrong. You were stiffing me.’ I said, ‘Eddie, I didn’t touch you.’ He said, ‘Bull sh*t. You were stiffing me. You were beating me up.’ I pushed him. I didn’t know what to do. He made me so mad, I just pushed him. He double legged me, an amateur wrestling double leg. I got him down, I got him in a front headlock, and I started choking him out. Big Show came in, and this is embarrassing. Talk about having little guy syndrome. Big Show grabs me by the back of my singlet, picks me up, puts me in one corner, takes Eddie and puts him in another corner, and says, ‘You guys are done’. Now I’m pissed at Big Show. I said, ‘Don’t ever touch me like that again.’ I mean, Big Show was so damn strong. He lifted me up with one hand. My legs were kicking. We got backstage.”

‘The Olympic Gold Medalist’ later revealed that he went to apologize to Eddie. He revealed:

“I felt bad so I went to Eddie’s locker room to apologize. I went back there and knocked on the door. He opened the door and he didn’t say anything. I said, ‘Listen, I just want to say I’m sorry.’ You know what Eddie said to me?  He said, ‘I’m not ready yet.’ I went inside and started decking him. I’m fighting Eddie. We’re throwing pouches. Bradshaw pulled us apart and said, ‘Guys, you have to stop.’ I said, ‘Well, I said I was sorry and this a**hole doesn’t want to say he’s sorry back.’ But that’s Eddie. Eddie is going to apologize when he wants to and I should have known that.I remember Eddie saying to you, ‘Just because you’re an Olympic Gold Medalist, you think your sh*t don’t stink?’ Afterward, he (Eddie) said, ‘Yea, I went to double leg him and it didn’t work.’ I said, ‘Eddie, he’s an Olympic Gold Medalist. A double leg is the first thing you learn in amateur wrestling class. Not a good call.”

Angle continued, “Yea, Bradshaw said the same thing. He said, ‘Why would you double leg an Olympic Gold Medalist?’ Eddie said, ‘Because I’m a dumb a**..”