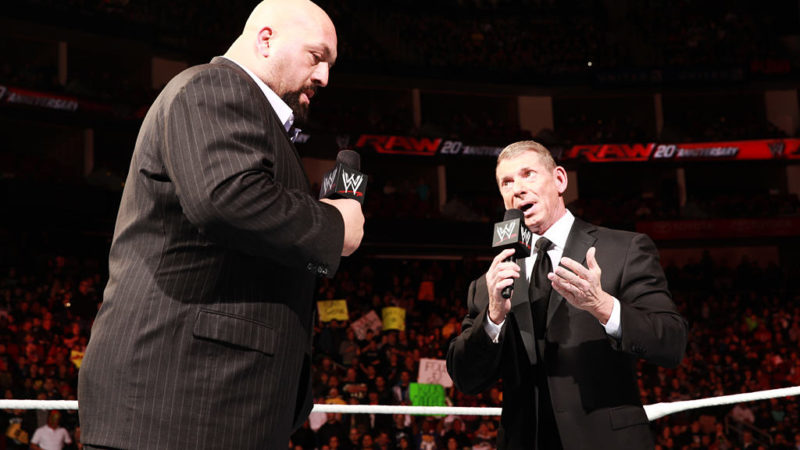 Former WWE Superstar ‘Big Show’ Paul Wight shocked the entire pro wrestling world after he officially announced his signing to All Elite Wrestling. This was apparently a long time coming as The World’s Largest Athlete was upset at him being mistreated by WWE. He liked a tweet that indicates how negotiations with Vince McMahon went. An AEW main eventer buried Big Show’s signing.

According to Breaking Down the Ring on Twitter, the same point regarding Big Show being offered more money by AEW was reiterated. Big Show liked the tweet, showing it’s true.

“I agree. Vince made an offer probably, Paul wanted more than offered (not even referring to $), and they parted amicably. Good for both. Our Facebook has a few comments of people annoyed and I’ve seen a few here too.”

Big Show was allegedly ‘in debt’ before signing. On the latest episode of Wrestling Observer Radio, Dave Meltzer talked about Big Show working in AEW, adding that he is worried AEW might fall into the same pit TNA fell into a decade ago. He added the fact that Tony Khan likely offered far more money than WWE ever did, which ultimately led him to sign with the company.

“So his contract with WWE was coming due and they were far apart on money, and I guess Tony Khan offered him better money than WWE and he signed.”

“Time will tell. It would not be my recommendation to be signing older guys from WWE. It reminds me too much of what TNA did and that was not a successful strategy. That doesn’t mean this individual signing will or won’t be successful. It depends on a lot of things.”