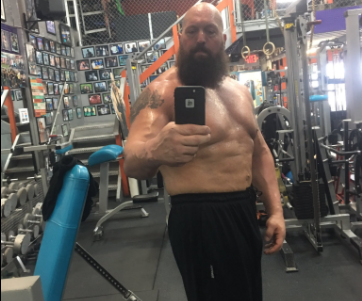 The Big Show will be taking on NBA Legend Shaquille O’Neil at Wrestlemania 33 from Orlando, Florida. Show has been hitting the gym hard leading up to the match and is in the best shape of his career. The big guy took to Instagram to update the WWE Universe on his progress, and the former WWE Champ is looking SHREDDED:

.@Shaq! Karaoke? Doughnuts? You better get serious. All roads lead to @WrestleMania. The only giant! pic.twitter.com/5uX4EUyXVF