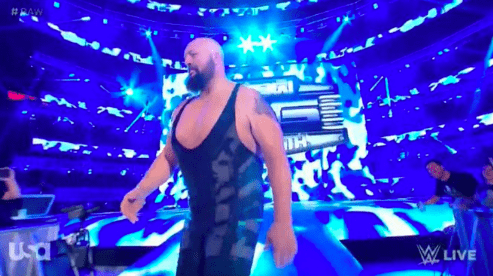 As seen on this week’s episode of Monday Night RAW,  former World Champion Big Show made a surprise return to WWE TV. The World’s Largest Athlete teamed up with Samoa Joe and Kevin Owens to face AOP and Seth Rollins in the main event of RAW.

The six-man tag match lasted for a while until Seth Rollins hit Big Show with a chair and the bell was rung, giving the DQ victory to the faces. After the match, AOP and Rollins started their 3-on-1 beatdown on Show but Owens and Joe made the save soon enough.

Show ended the segment by knocking out Rollins with his devastating KO punch. AOP dragged their leader out of the ring and retreated to the back as the faces stood tall in the ring.