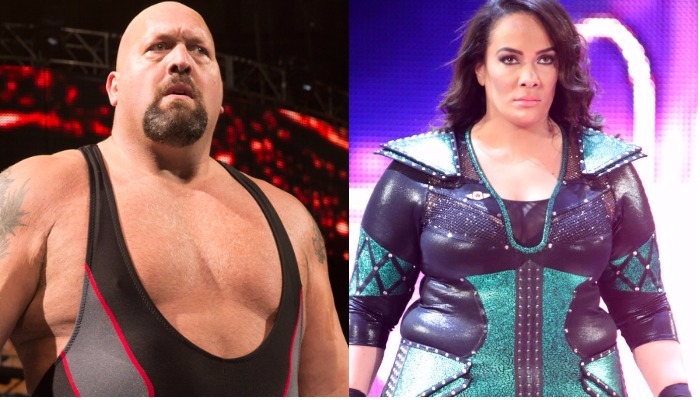 The WWE Women’s Division has seen a lot of changes in the last couple of years. Big Show has been around long enough to have seen plenty of revolutions in the pro wrestling business. But this latest emphasis on female talent obviously has piqued his interest.

As it turns out The Big Show had a vested interest in the recent #1 contender match for the Raw Women’s Championship. When he watched the match backstage Big Show revealed why he paid such close attention to this important match up.

“It is a testament to Sasha’s ability and a testament to Nia Jax as well. I’ve been trying to help Nia a little bit on the side.” Big Show told Still Real To Us’ Kyle Stevens. “I want to make her understand what the business is about and what her role in it is. Those two on Raw put on one heck of an amazing competition. For me, at 45 years old and being a 23-year veteran, I got lost in the match […] I got to be a fan while watching it. I was hollering up and down in the gorilla position. Seeing all those counters…it was such a great and competitive well-done match.”

The upcoming Mae Young Classic also came up in the conversation where he addressed how important of an event this is for WWE.  “It was a tribute to those two athletes and also for the WWE on how they move forward and expand that division. With the ‘Mae Young Classic’ and tournaments like that…it’s just amazing with how the women’s division is changing.”

As Big Show wraps up his shoo-in WWE Hall Of Fame career he is lending an ear and advice to those he sees potential in. He loves the business and hopefully, this will encourage other locker room leaders to do the same thing in helping younger WWE Superstars find their place in the business.