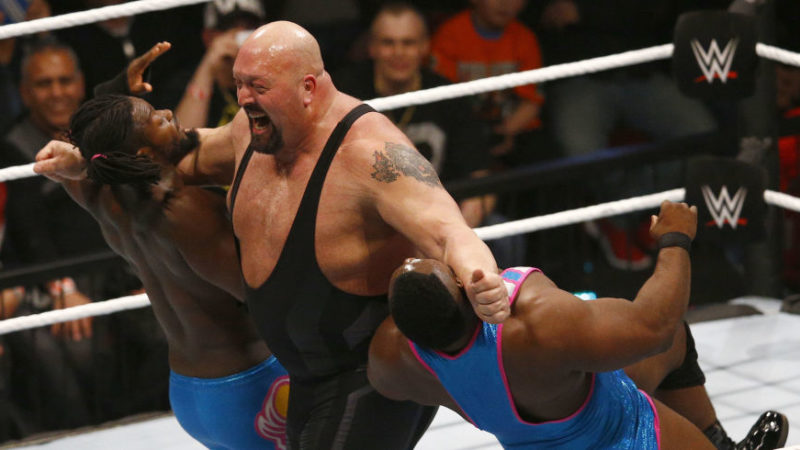 The New Day has been one of the WWE’s best attractions in years. The tag team has been hot for years, selling what could be considered ridiculous merchandise just because they know the fans will buy it. However, it seems the Big Show had some advice for one of its members near the beginning.

Kofi Kingston, Big E, and Xavier Woods have done an amazing job turning what was originally a dead on arrival gimmick into one of the biggest acts in professional wrestling, but the Big Show tried to talk Kofi out of it.

On The Steve Austin Show, Big Show spoke with Austin on a handful of topics, ranging from the booking of Braun Strowman, why men like he and Braun don’t make great champions, and who his favorite current WWE talents are. When they got to the subject of the New Day, Show let it be known that he thought the gimmick was going to ruin Kofi’s career.

When Kofi told me he was doing that New Day gimmick, I pulled Kofi to the side about four feet from Xavier Woods and Big E and asked him, ‘What the Hell are you doing?’

So I pulled Kofi about four feet to the side and said, ‘What are you doing with these two numb nuts?’ He goes, ‘Yeah, it’s a thing,’ and I said, ‘Damn, Kofi. You were Intercontinental Champion, you’re on your way to having a run with the big strap. You don’t need to drag yourself down with a couple of NXT idiots right now. You’re probably going to hurt yourself, you’re pulling yourself out of that world title run. The Intercontinental Championship is a big deal. You keep yourself in that loop and you’ll get a shot at the big one.’

He goes, ‘Naw, I appreciate it, Show, but we’ve got a good thing going here.’ I said, ‘Alright, man. I’m just telling you that running around with these two idiots isn’t going to help you get over.’

Big Show would eventually change his mind when he saw the group in action a few weeks later. telling Kofi that he was wrong.

Woods loves that story. I call Woods my son now. I’ve adopted him as one of my wrestling sons, so he’s one of my sons now.

You can listen to the rest of this episode of The Steve Austin Show here.