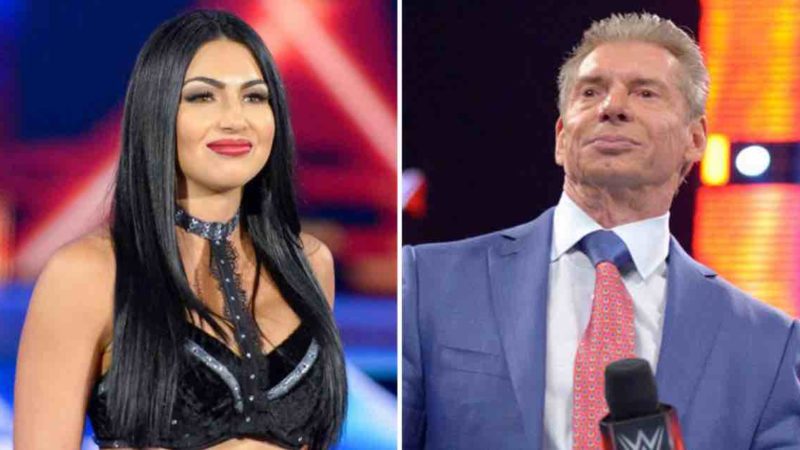 Vince McMahon wasn’t a big fan of Billie Kay before releasing her from WWE today, as he was so unhappy with her he wanted her removed from television after breaking up the IIconics in the fall, reports suggested at the time. WWE released a big list of stars today, and Cody Rhodes has ‘contacted’ a big released WWE name.

McMahon wanted Billie Kay in the ‘background’ before she was moved to Smackdown, where her character then received praise with her ‘resume.’

Dave Meltzer said at the time, “It’s very clear that they have no plans for Billie Kay. Billie Kay might be going away and they know it.”

AJ Styles and Omos were off TV on Monday, but they’re definitely not getting fired, as they are two favorites of Vince. AJ Styles is currently one of the best in-ring performers in the history of WWE and is also currently a tag team with Omos. Omos is AJ Styles’ enforcer and is a force to be reckoned with. Omos and AJ Styles challenged The New Day’s Kofi Kingston and Xavier Woods for the RAW Tag Team Titles on Night One Of WrestleMania 37. In what was undoubtedly a shocking turn of events, Omos would decimate Kofi Kingston and Xavier Woods with effortless ease and went on to win the match for his team. AJ Styles and Omos became the new RAW Tag Team Champions. AJ Styles and Omos were pulled from WWE RAW this week.

Now it seems Kofi Kingston and Xavier Woods of The New Day might have discovered a loophole in their RAW Team Title loss. Xavier Woods took to Twitter posted a late night thought, where he if Omos was holding the tag team rope when he entered the match. This is due to the fact that Omos was the man who finished the tag team title match.

Kofi Kingston replied to Xavier Woods, as he exclaimed the following: