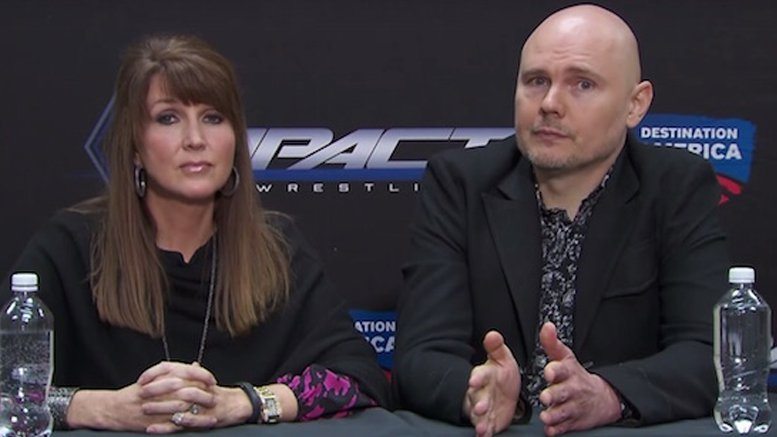 Anthem Sports & Entertainment Corp. is a global sports media company that operates Fight Network, Impact Wrestling’s exclusive broadcaster in Canada, as well as the exclusive worldwide digital streaming partner for all TNA programming. It is also an equity stakeholder of Impact Ventures.

The agreement includes the appointment of Anthem Executive Vice President Ed Nordholm to the Impact Ventures Board of Managers. The company will be managed by the Board with Mr. Nordholm representing the Board on all major operating and restructuring decisions. Dixie Carter will continue as Chair of the Company, as well as her position on the Board of Managers. Billy Corgan is no longer with the company.

“We have had a successful, long-term partnership with Fight Network as our Canadian broadcaster, and more recently as our global digital partner,” said Dixie Carter. “Anthem’s team has extensive media experience, and I am excited to have that available to us as we plan for the future.”

“We have consistently maintained that investing in content as we grow our distribution is important as a strategic necessity, and working more closely with a strong brand like TNA is in line with that. This financing is an extension of the support we have been providing since the beginning of the year,” said Leonard Asper, CEO of Anthem. “There are tremendous opportunities to support the company’s growth on all platforms and in all media along side Dixie and the incredible talent and staff at TNA.”

Anthem Sports & Entertainment Corp. is a global leader in operating targeted specialty video channels on linear, digital and mobile platforms with offices and studios in New York, Toronto, Las Vegas and Los Angeles. Anthem’s portfolio includes Fight Network, the world’s premier combat sports channel now broadcasting in the U.S., Canada and over 30 other countries, Fantasy Sports Network (FNTSY), the world’s first and only channel dedicated to fantasy sports, RotoExperts.com, a leader in fantasy sports news and analysis, DailyRoto.com, the most comprehensive and far-reaching daily fantasy sports website and Edge Sport, an extreme and action sports network recently launched in Canada in partnership with IMG. Anthem also has a significant ownership interest in Pursuit Channel, one of the top outdoor channels in the U.S. available in over 40 million homes, and it owns SportsGrid.com, a leader in general sports entertainment commentary.

IMPACT VENTURES, LLC, is a privately held sports entertainment company that is the parent company to TNA IMPACT Wrestling. Represented by United Talent Agency and based in Nashville, Tenn., IMPACT VENTURES specializes in television properties, events, products, merchandise and music, as well as the management and promotion of professional wrestlers. The roster features such greats as Jeff Hardy, Matt Hardy, EC3, Bobby Lashley, Drew Galloway, James Storm, the high-flying X-Division, Gail Kim and the lethal Knockouts. Its highly successful flagship show, IMPACT WRESTLING, broadcasts in more than 120 countries around the world, including in the United States on Thursdays at 8 p.m. ET/PT on Pop, a joint venture of CBS Corporation and Lionsgate, and on Fight Network in Canada.