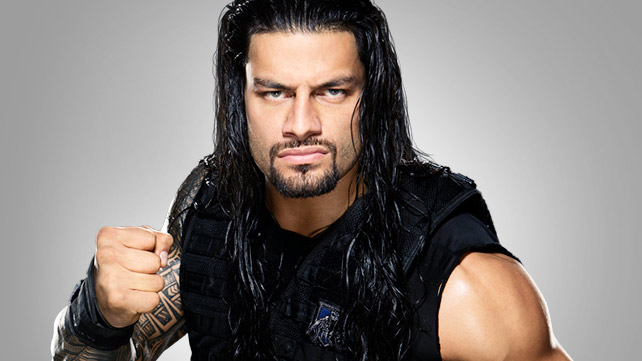 WWE’s newest and thus shiniest PPV brand “Fast Lane” is nearly upon us, and I for one am incredibly giddy… Because with a name like that, you have to assume it will mark the return of Thurman Sparky Plugg to WWE TV! Which, of course, is awesome.

In all sincerity … After being treated to the (often) fantastic Elimination Chamber PPV in the run-up to Wrestlemania over the last few years, Fast Lane seems positively tame in comparison. Ho-hum.

There’s quite a few undercard matches here that I anticipated being on the Wrestlemania card, but for whatever reason we’re getting them this Sunday. Does that mean we could be seeing a bunch of rematches at Wrestlemania?! Because the biggest card of the year really shouldn’t be inundated with rematches from the company’s previous PPV…

Undercard aside, there’s a very interesting main event for us to ponder over, as well as a key part of the event not being a match at all, but rather HHH calling out Sting. Possibly to make fun of his hair.

Here be my predictions…

This is the first of several matches that I figured would occur at Wrestlemania. And I genuinely hope both these guys still get a chance to put on a show at ‘Mania too, because it’s something that Goldust has been pretty vocal about for several years… and considering he first made his WWE debut 20 years ago I think he deserves to have his wish granted by Genie Vince.

I’m picking Goldust for the win here so the feud can continue. I foresee Stardust challenging his older bro to a retirement match at Wrestlemania in the aftermath. That would be rather fitting. Dontcha think?

I’m expecting to see a pretty short match here so that HHH can have 25min of PPV time to talk about how awesome he is during his showdown with Sting later in the night. It’s just a thrown together match to ensure a bunch of WWE’s big guns (and Erick Rowan) get some PPV exposure.

I’ll side with babyfaces for the win, likely due to a further breakdown in the Kane/Big Show relationship – or perhaps via interference from a returning Randy Orton.

This was another match that the majority of us assumed would be put on ice until Wrestlemania. Does that mean Cena will have a different opponent at the big event? Despite being a non-fan of Captain Crap Jokes, I’d fully admit that a midcard match with Rusev at Wrestlemania would seem beneath him… But I can’t envision anything else at this juncture.

Super Cena won’t be picking up the clean victory here though as the US Title is waaaay too small time for a man of his standing. So Rusev to retain by DQ would be the sensible bet.

I’ll pick Fake Boobs Bella for the win. I’m still anticipating a match between the Bella twins at Wrestlemania for the Diva’s Title… Because that’s what the world wants to see. *Sigh*

This is the third match I expected to see at Wrestlemania. And again, maybe we yet will… in the form of a rematch.

I’m confused by Ambrose’s desire to become a singles champion so that he can have his photo hung on the corridors at WWE HQ… Has he forgotten that he was already US Champion for a year?! That’s a pretty sizable thing to erase from your memory.

As this is BNB’s first proper title defence, I’m leaning slightly more in favour of him retaining. Then Ambrose will achieve his goal of snagging the title in a fan appeasing moment at Wrestlemania.

I genuinely didn’t think WWE would relent this year. I can understand why they did it last year, because the cries for Bryan to be in the Wrestlemania main event were deafening, and it was the 100% right call to make after the year he’d had.

This time though, things are different. Roman Reigns is a 29 year old rising star – not a 45 year old part timer like Batista… So he deserves the chance to see if can mix it up with the big boys way more than Big Dave deserved another shot. Also, Bryan has only recently returned from major surgery that almost called time on his wrestling career for good.

Be all that as it may, it seems Vince and co have rethought things, and Daniel Bryan has a major chance of being in the Wrestlemania title match again. I guess if your audience is going to chant his name all the way through the main event anyway, it would make sense to have him in the match!

But I’m not predicting a Daniel Bryan win. No sirree. Roman Reigns won the Royal Rumble and thus has earned the right to challenge the champion at Wrestlemania. To change that would rob the Royal Rumble of it gravitas and also screw with the history books.

So although it might sound like a cop-out to you, dear readers, I’ve got to go with a draw – be it a double DQ, double KO, double countout or however creative WWE wants to be; Thus setting up the main event for this year’s Wrestlemania to be Daniel Bryan v Brock Lesnar v Roman Reigns. And if it’s anywhere nearly as entertaining as the triple threat title match that featured at the Royal Rumble, then it’s no bad thing at all.

The fact that the PPV is free (for new WWE Network subscribers at least) presents WWE with an opportunity to present a screwy finish without being too concerned about the repercussions on angry mobs. So embrace the opportunity they shall.

Those are my picks jabronis. Please add your own below. I love it when you do.

It’s definitely not a strong PPV on paper on is being sold on the back of the main event and an appearance from Sting alone. But hey, it’s a freebie, so I’ll be doing my utmost to enjoy it – and hopefully WWE can toss us a couple of big surprises before the countdown to Wrestlemania goes full throttle.