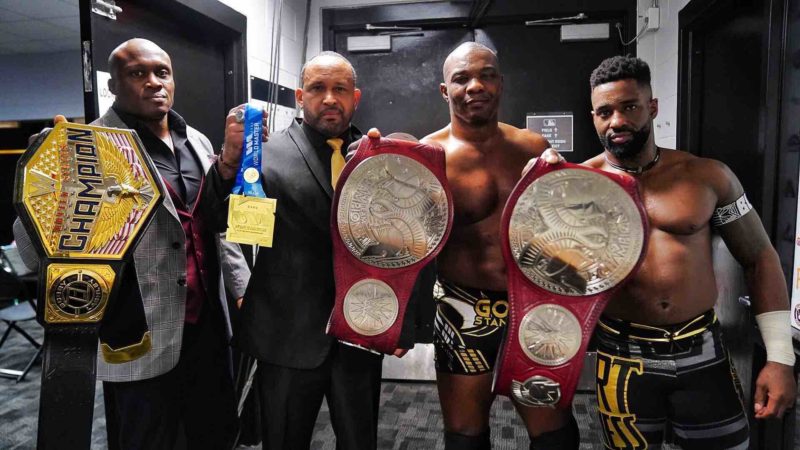 Bobby Lashley is incredibly over in WWE. The fan reception for him might not be the strongest, but he keeps putting butts in seats. It looks like Lashley may be up to something as far as The Hurt Business goes even after disbanding it. Lashley may want to add some new bodies to the crew and start fresh. Bobby Lashley ‘Breaks Character’ At WrestleMania.

While Lashley continues to dominate with MVP in his corner, The Hurt Business was split just weeks before WrestleMania 37.

As part of the storyline, Bobby Lashley and MVP weren’t happy with Cedric Alexander and Shelton Benjamin failing to get the job done. Due to the issues at hand, this pushed Bobby to kicking them out of the group. Lashley then defeated both men in matches to follow the split.

We have word how Lashley truly thought about the split as Lashley broke character to state: “It hurt my heart, to tell you the truth. It was something very special. In the wrestling business, it’s very seldom that really special things come together and you see so many people get behind it. Ultimately, business is business. Originally, the Hurt Business was started by MVP and myself. We brought people on that deserved a chance. They took it and ran with it, but the Hurt Business is not over. We’re just making some adjustments. In the next few weeks, we’ll see how those adjustments pan out.”

Thank you to Fightful for the transcription.