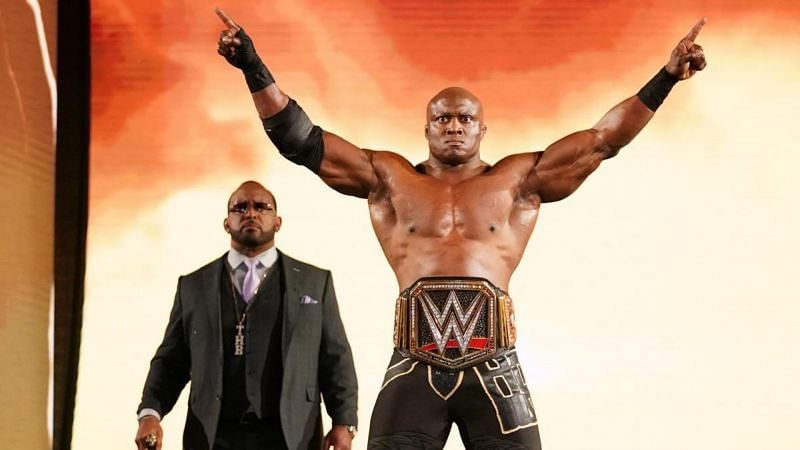 The Lashfather?! For those that saw the opening of WWE Monday Night Raw saw ‘the All Mighty’ Bobby Lashley with a group of beautiful and lovely women. This led a giant portion of the WWE Universe to make the comparison of Lashley to The Godfather, the WWE Hall of Famer who would come to the ring with a beautiful group of women during the Attitude Era in the late 1990s to early 2000s. Did Bobby Lashley ‘demand’ a break from WWE?

Fans would take to social media via Twitter to make the comparison as @JobberkNocker stated: “Bobby lashley 2021s Godfather.” Whereas @Demondad said: “Bobby Lashley is no Godfather!!”. @JustAlyxCentral would chime in by proclaiming: “Bobby Lashley doing his best impression of the Godfather. Look at all those beautiful women. How and why would ANYONE hate this guy? He’s easily the top babyface in all of WWE.”

In other news regarding Bobby Lashley, Chris Adonis, known to WWE fans as Chris Masters was recently interviewed by Chris Van Vliet who asked the former WWE star how he feels about Lashley using his former full nelson hold which Lashley calls the ‘The Hurt Lock’ and the ex-Masters called ‘The Master Lock’. The current NWA National Champion stated the following. Credit to 411 Mania for the below quote:

This Bobby Lashley ‘bold demand’ to Paul Heyman leaked not too long ago. “I’ve talked to MVP about this. It only makes sense. If anybody is going to use the full Nelson, the guy who broke it and a guy who is a physical force like Bobby Lashley. It only makes sense. It’s funny when he first started using it. All the mentions of people saying ‘That’s The Master Lock, not The Hurt Lock.’ I’d be lying if I didn’t say it didn’t create an opportunity, even if it was small. You know, whose got the best Full Nelson in professional wrestling. But it has been 10 years, and finishers are recycled in less time than that. But for no one to use the Full Nelson for 10 years. But yeah, Master Lock vs. Hurt Lock, that makes sense.”

Bobby Lashley is no Godfather!!

Bobby Lashley doing his best impression of the Godfather.

Look at all those beautiful women. How and why would ANYONE hate this guy? He's easily the top babyface in all of WWE. #WWERAW #RAW @WWE