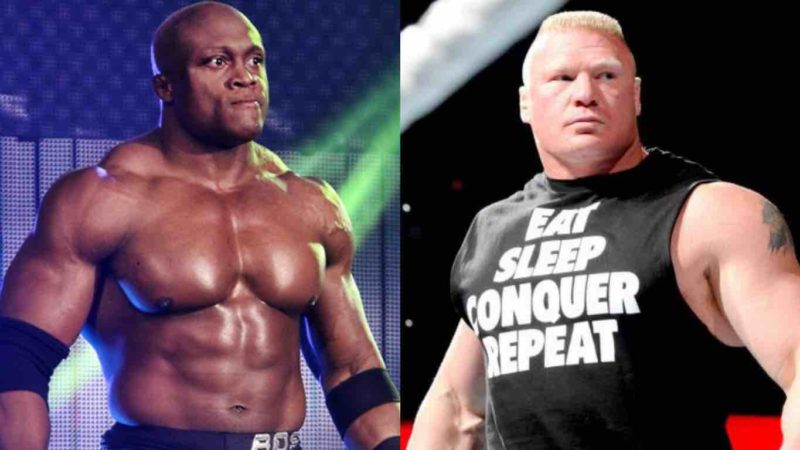 The clash between the two heavyweights Bobby Lashley and Brock Lesnar has been on the cards for a long time now. It is nothing less than a dream match and fans cannot wait to see the bout take place. ‘The All Mighty’ was recently questioned by a fan on social media about a potential bout with ‘The Beast Incarnate’.  AEW Drop Huge Bray Wyatt Bombshell

Bobby Lashley responds about the match

Lashley said the as Lesnar already has an opponent(Roman Reigns), he will wait for the match with Lesnar.

You can check out the screengrab of the comment below: 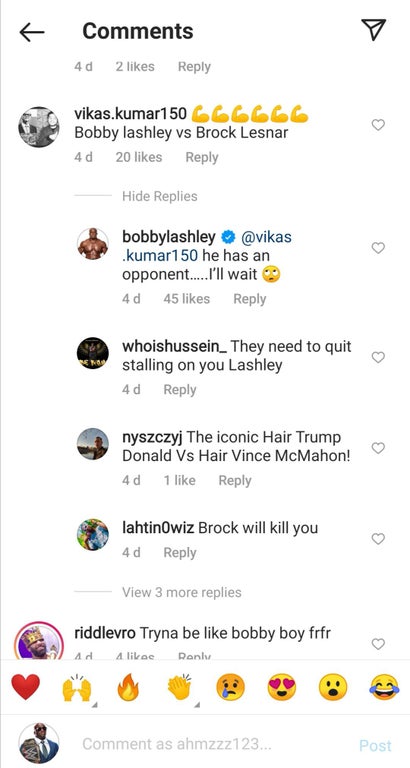 Drew McIntyre was drafted to SmackDown as part of the WWE draft. He has immediately entered the Universal Championship picture with Roman Reigns. At WrestleMania 36 McIntyre defeated Brock Lesnar to win his first-ever WWE Championship. He appeared on WWE’s The Bump where he discussed his desire to have a rematch with Lesnar in front of fans. Drew said that Lesnar is among the best and how he would like to face him in front of a live crowd.

“I’m always excited to get into the ring with the absolute best. There’s not many that are as good or as physical as Brock Lesnar, at WrestleMania, I did defeat him in five minutes. But I would like the opportunity to face Brock again and in front of a live audience.”

We will how WWE plans the storylines for Lesnar in the future.