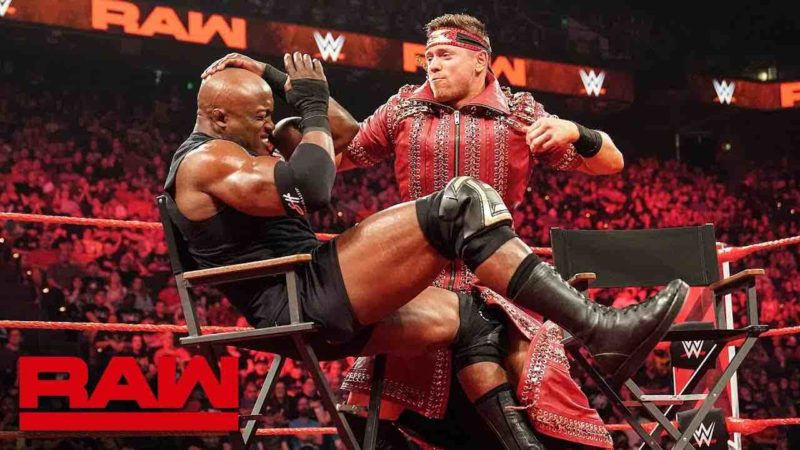 Bobby Lashley and MVP have leaked that The Miz winning the WWE Championship after Lashley beat down Drew McIntyre was the beginning of an angle with The Miz involved the title. The Miz has a big name rumored WrestleMania opponent.

Prior to The Miz cashing in his Money in the Bank briefcase, he was seen backstage talking to The Miz. Some fans are speculating that Lashley could get a match with The Miz for the WWE title.

Fightful.com’s Jimmy Van tweeted, “I wouldn’t even wait for Fast Lane to do Miz vs. Lashley if that’s the plan. Just do it on Raw so that your WrestleMania build is longer than two weeks.”

Ryan Satin wrote, “Miz being WWE Champion now means Bad Bunny is currently in a feud with one of the top title holders in the company.”

He added, “It seemed like Lashley vs Drew McIntyre was the WWE title direction for WrestleMania, but then Miz threw everything out of whack by cashing in his Money in the Bank contract and winning the belt.

So, what do you think happens from now until Mania?”

The Miz last won the WWE title in 2010. Bobby Lashley has never been WWE Champion, though he did win the ECW Title at the infamous December to Dismember 2006 in ironically enough, an Elimination Chamber match. Bobby Lashley vs. Brock Lesnar was pitched for WrestleMania.