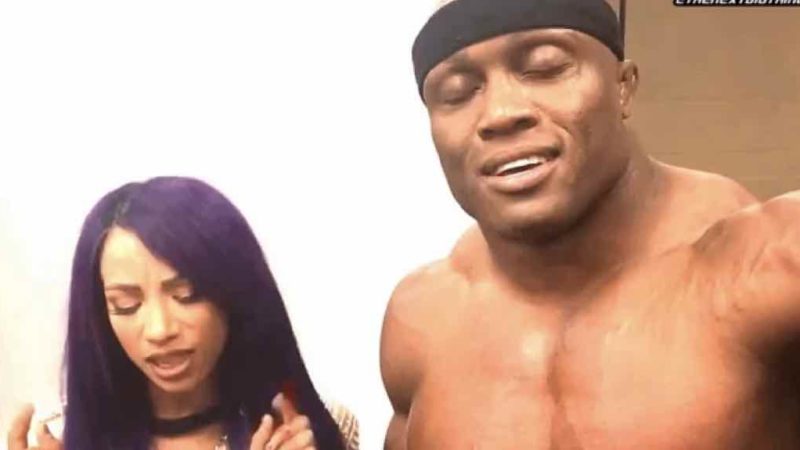 Sasha Banks, among multiple other WWE superstars have voiced their concern regarding their placement on the WWE WrestleMania poster this year, with Bobby Lashley and Drew McIntyre WrestleMania news upsetting her. WrestleMania 37 is scheduled to take place as a two-night event on April 10 and 11, 2021 at Raymond James Stadium in Tampa, Florida. Banks is upset that her highly anticipated match against challenger Bianca Belair for the WWE Smackdown Women’s Championship. ‘The Boss’ took to social media via Twitter to voice her displeasure as she stated, very simply that her Women’s Championship match should be the main event night one of the ‘Granddaddy of them all’. Alexa Bliss also ‘angered’ Randy Orton backstage at Raw.

The current main event of that particular night is slated to be WWE Champion Bobby Lashley defending his title against former champion, Drew McIntyre. Other scheduled matches for night one of WrestleMania 37 include Bad Bunny Vs The Miz.

Another superstar who is upset about their placement on the WrestleMania 37 poster is none other than ‘The Messiah’ Seth Rollins. However, Rollins has, arguably a bigger grievance over Banks. While Banks is showcased front and center on the advertisement for the ‘Showcase of the Immortals’ Rollins is hardly featured at all. Taking to Twitter himself, the former WWE Champion rectified this by showcasing by blowing up the latest version of the WrestleMania 37 poster where he is featured albeit in very small fashion. It should be noted that in the original, Rollins wasn’t included at all. WWE Wanted Sasha Banks ‘Pulled’ From Smackdown.