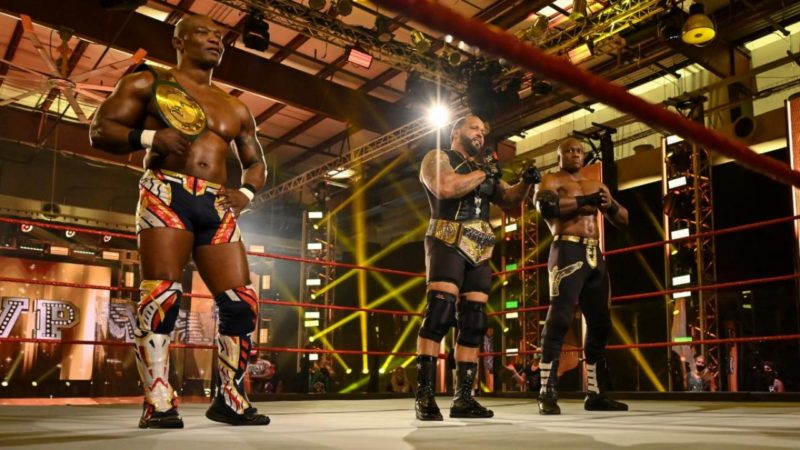 Bobby Lashley, the current WWE United States Champion recalled his run at Impact with MVP, with whom he formed ‘The Hurt Business’ stable in WWE.

He talked about the mindset of the stable during the WWE After The Bell podcast. Lashley discussed how MVP’s return to WWE played a major role in the birth of the faction.

Bobby Lashley on formation of the stable:

“It’s incredible because I think that the group that we have, it’s real. When MVP first came back, MVP had told me this – he was like, ‘when I first came back, it was really just to have that one match for my son’ because he had a son and his son didn’t see him wrestle before. He was like, ‘I really want my son to be able to see me wrestle live, under the lights, and everything like that,’ and he wasn’t thinking about coming back full time. But when he came back, he and I ate, and he was like, ‘man, me and MVP did something before.’ And I was like, ‘man, we gotta run that back.’

On the main ‘business’ of the faction:

“So, I think me, and MVP, and Shelton, we’re kind of all in the same boat, and when we first got together, we were eating dinner every night. We were just all talking about putting this thing together, and The Hurt Business is basically guys that…. that kind of ‘tough man’ era coming back today to kind push what we have on some of these younger guys. But at the same time, we understand the business, and understanding the business is we’re going to beat you down and we’re going to be the bullies.”

On putting over the young talents: