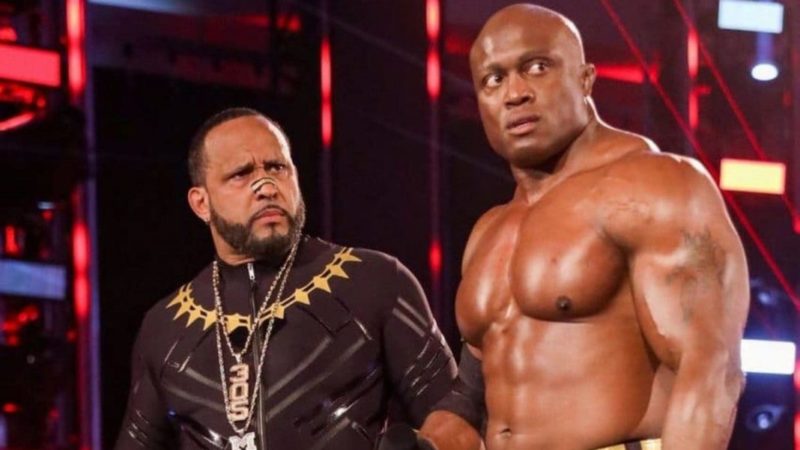 Bobby Lashley has always seemed like the kind of guy that walks the world alone in order to stay focused on the prizes that may await for him as he continues down his own path. This may all be changing as Lashley has been sporting a new lifestyle when it comes to WWE and how he now looks at life…WWE Diva Speaks On ‘Kissing’ The Rock.

Bobby Lashley was seen more lax than usual and living the good life recently on Monday Night RAW. Lashley has recently surrounded himself with an entourage of enticing ladies, adding a touch of Godfather nostalgia to Raw for those who were around for the ever famous, Attitude Era of WWE.

The WWE Champion, Bobby Lashley was noted as making things very clear when it comes to his new entourage though. Lashley wanted to be sure to be very transparent in what the relationships are like behind the scenes.

Lashley also stated that he is a bit more lax than ever: “Since I’m in this stage of my career where things are really rolling, it was one of those things that we (He and MVP) talked about and said, ‘Hey, man, you need to start like enjoying this.’ So instead of going out there and you’re fighting and torturing yourself and pressuring yourself and putting stress on yourself. It’s time to kind of loosen up and have fun with this man. And that’s what it is. It’s not like I’m still not putting in the work, but I’m actually having fun. And that’s what it’s about. The Hurt Business, it’s you work hard and then you enjoy the fruits of your labor.”