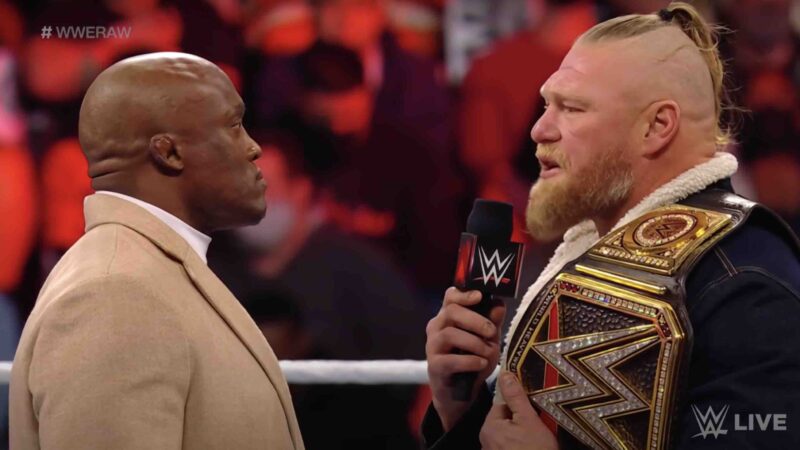 The former WWE Champion Bobby Lashley makes sure he looks strong not only literally but also in terms of booking as well. He recently revealed that he only agreed to remain on the WWE Day 1 card after receiving assurances about his role in the main event. Big E was originally supposed to defend the WWE Championship in a Fatal 4-Way match against Lashley, Kevin Owens, and Seth Rollins. However, WWE added Brock Lesnar to the match after his scheduled opponent, Roman Reigns, tested positive for COVID-19. Macaulay Culkin was previously furious with Brock Lesnar’s match.

Speaking on Corey Graves’ After The Bell podcast, Lashley said that he wanted to pull out following Lesnar’s impromptu addition to the WWE Championship encounter. When he realized that was not possible, ‘The All Mighty’ made sure he looked as strong as possible during his interactions with The Beast Incarnate. Lashley clarified that he asked to be removed because he wanted WWE to save his first in-ring battle with Lesnar for another time

“They were like, ‘Nah, nah, you’ve gotta stay in the match,'” said Lashley. “I was like, ‘All right. Well, the times that I do lock horns with him, I’m gonna get what I need to get out of it.’ There was a lot of people that were kind of like not happy about it, but I looked at it as, ‘First, get me out of the match. If I’m staying in the match, the interactions I have with Brock, I have to make a statement.’”

It was Brock Lesnar who emerged victorious in the bout and captured the WWE Championship at the event. Lashley and Lesnar are set to lock horns at Royal Rumble on January 29.