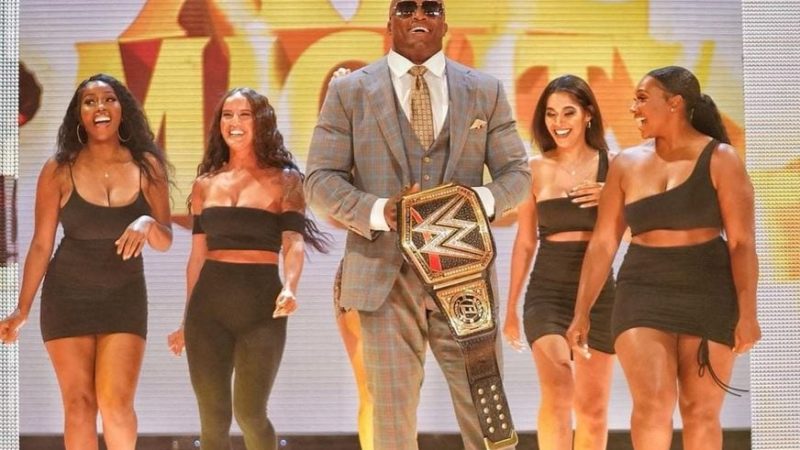 WWE Champion Bobby Lashley is having a great time with the title around his waist. Last few weeks he has been enjoying on Raw.

He has been bringing a new group of women on the show every week. They are all dubbed as Bobby Lashley’s valets.

They have been featured on WWE television and have been partying with The Almighty in his personal locker room. WWE Attitude Era Diva Returns To Raw?

But one of the fans slammed the segments on Twitter.

The Tweet has now been deleted. In the Tweet, the fan called Bobby Lashley’s valets whores. The fan received a lot of backlash for the comment and also MVP fired back at him for the disrespect.

He trolled the fan back mentioning the fan’s mother and sisters. He also stated how the remark by the fan was completely disgusting and disrespectful.

“No. You’re mistaken. We left your mother and her sisters on the corner.

You left out the part where you referred to the women in our segment as “whores”. THAT was disgusting and disrespectful. Don’t dish it if you can’t take it.”

The latest edition of Monday Night RAW saw Drew McIntyre defeat Kofi Kingston and he became the #1 Contender to challenge Bobby Lashley for the WWE Championship at the Hell in a Cell pay-per-view this month.