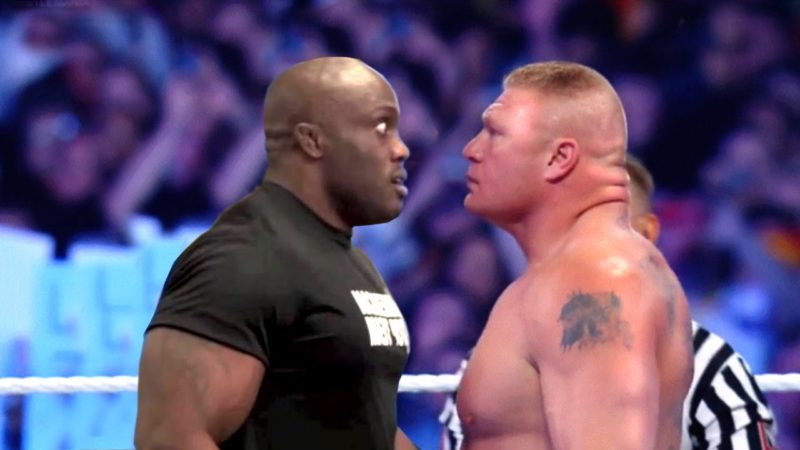 Former WWE Superstar and current TNA star Bobby Lashley was recently a guest on WWE Hall Of Famer Jim Ross’ podcast The Ross Report. You can check out some highlights here:

On wanting Brock Lesnar at Wrestlemania:

“You know, I hear that all the time. And, J.R., you know this as well as I do, it’s not in my hands. If you ask me, I would say, ‘absolutely’, but it’s the powers that be. I think there are enough fans who would love to see it. They’ve been saying it from day one.”

On a pro wrestling bout being more likely to happen between he and Lesnar than an MMA fight:

“I don’t know if the fighting is still an opportunity with me being in Bellator and him kind of being with the UFC or I don’t know what his situation is right now, so I don’t know if the fight thing is possible. But, I mean, to see me as Brock is destroying everyone, run up and saved the day on someone, or vice versa, or whatever the case is, but to have us stand face to face, I think the crowd would go insane and there’s a tremendous amount of money in there, so if it were to happen, I’m open for it.”