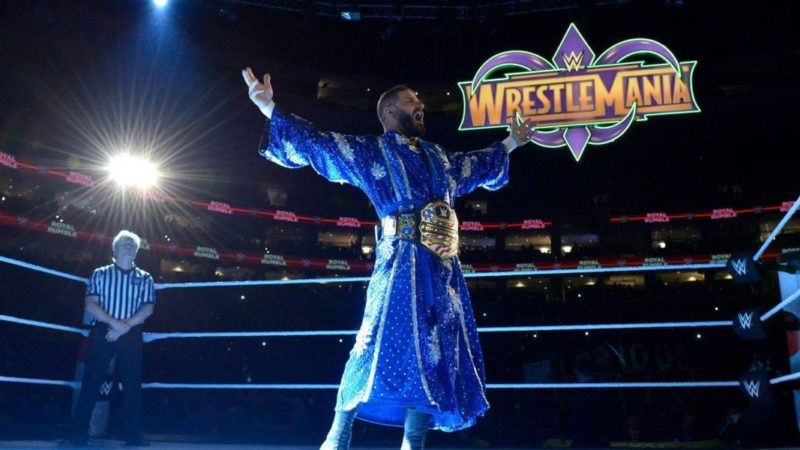 The Glorious One has had a stellar run in the WWE thus far, capturing the NXT Championship soon after his debut, and then winning the United States Championship in a tournament in January.

Roode is currently scheduled to defend the United States Championship against the “Viper” Randy Orton at WWE Fastlane this Sunday, which seems odd considering how much Jinder Mahal has been involved in this storyline. However, it looks like the three men will meet for the belt in the future.

On the latest episode of Wrestling Observer Radio, Dave Meltzer stated that the likely match for WrestleMania will be Bobby Roode vs Randy Orton vs Jinder Mahal for the United States Title. This seemed to be the obvious choice Smackdown Live had taken, and Meltzer adding his two cents just further proved that theory.

Roode defeated Jinder back in January to win the title in the finals of the United States Championship Tournament, but that hasn’t stopped the Modern Day Maharaja from surprising Roode at every turn since then.

With two very competent contenders, it will be very tough for Roode to hold onto that title at WrestleMania.