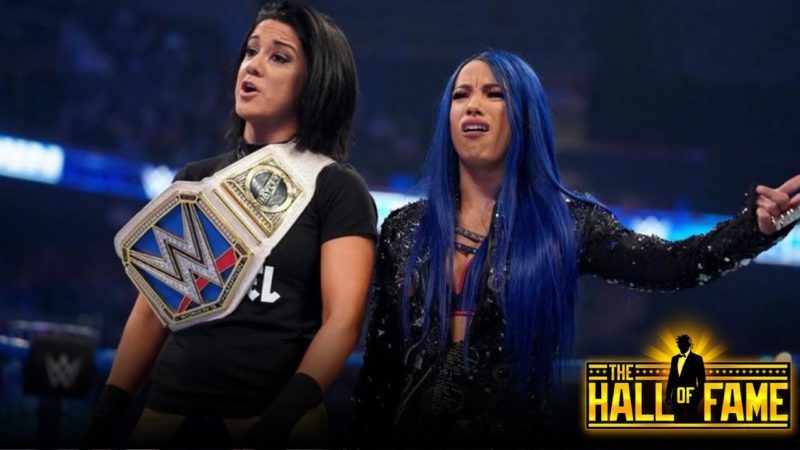 Bayley and Sasha Banks have taken center stage in WWE as of late. The Golden Role Models have appeared on RAW, SmackDown, and NXT attempting to take over each women’s division.

It took a while for Bayley’s heel turn to get going, but her run has really shined during this COVID-19 era. On The Hall of Fame with Booker T & Brad Gilmore, the WWE Hall of Famer spoke about the current SmackDown Women’s Champion.

“I’m always on Bayley’s case, but Bayley is the quintessential worker. She may not be great at anything, but she’s good at everything. So, when I watch Bayley go out and perform, now I’m taking on this new persona – which is something that I couldn’t wait till this happened – I think it’s good for her.”

Sasha Banks responded to Booker T’s comments in her regular boastful way, claiming the duo is better than Harlem Heat.

Bayley and Banks have been making claims like this for months now, believing to be the greatest tag team of all time. It’s a bold claim, but they’re proving week in and week out that they’re one of the most entertaining teams in WWE right now.