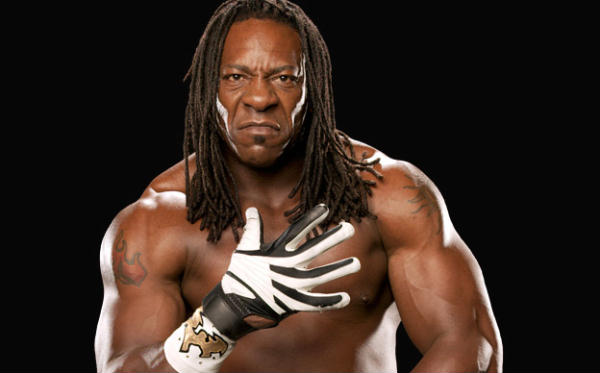 Booker T recently appeared on the This is Awesome Wrestling Show to talk about various topics. Here are the highlights.

On giving The New Day advice: “You got to give those guys a lot of credit for going out there and creating something. I always tell those guys, you can do all of the stupid, silly antics outside of the ring all you want; you can make people laugh all you want, but when you get in the ring, it’s time to go to work. It’s time to go out there and beat somebody up. And that’s what The New Day does very well, and they actually go out there and beat guys up pretty, pretty good. And I think that is what gotten them over.”

“It was awesome. It wasn’t the card that you would see back 10-15 years ago where the card was built three, four months out. Those guys had solid angles. This one was kind of hot-shotted. But you got a chance to see some young talent go out there and perform. We got a chance to see AJ Styles do his first WrestleMania. That’s a nostalgic moment right there in itself. Seeing AJ Styles walk out to a WWE ring for WrestleMania, and then go out and have an awesome match with Chris Jericho, you couldn’t ask for more.”

On if he ever gets the itch to get back in the ring:

“Not at all, man. I’m one of those guys that lives in seasons. I don’t like to get stuck in one season or anything like that. It’s cool to get the pop of the crowd and go out there and do it for night. I’m sure, for those guys, for one night, like Mick Foley, it’s pretty much enough. It’s nostalgic. But for me, I have so many other irons in the fire right now. I got a bunch of students with my wrestling school. I love actually training with those guys and see them actually go out there and do it. I got a couple of guys, hopefully, to get signed here pretty soon. That’s all about them now, not about me.”

You can listen the entire interview here: