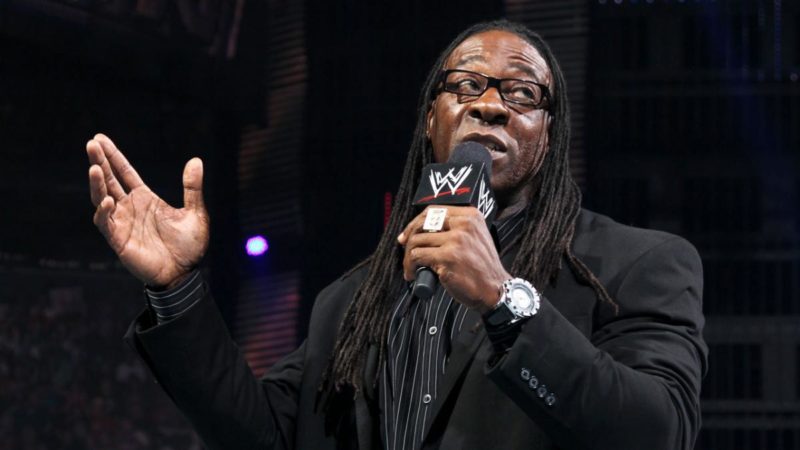 On the latest episode of his Hall Of Fame podcast, Booker T opened up about his experience at Undertaker’s Final Farewell segment at Survivor Series.

T first explained why the legends who were brought in for the segment did not talk during the show and he said that the moment was for the Dead Man and not them.

Revealing his favorite spot from the whole segment, the WWE Hall Of Famer picked the moment when they projected a hologram of Paul Bearer in the ring:

“That guy was a legendary figure in the business. He really– people need to do their research and go in-depth, and really understand what Paul Bearer really did to the business. He wasn’t just a character; he was a guy that contributed more in so many ways behind the scenes than one would know… To appreciate it and give Paul those props, it was awesome. That was the best part of the whole thing for me, was having Paul Bearer just there with the urn. It just made me feel good.”

Booker then also discussed the much-debated topic of whether or not it was the real send off for the Undertaker and he said this on the matter:

“I really think it is [his real send-off]. I think it should be, especially coming off of perhaps the one thing that is going to be hard for anyone to top going forward – and that’s including himself – and that’s the Boneyard Match, I feel like there really is no better time to say ‘farewell’ than leaving them with a movie they can watch for the rest of their lives at the same time.”