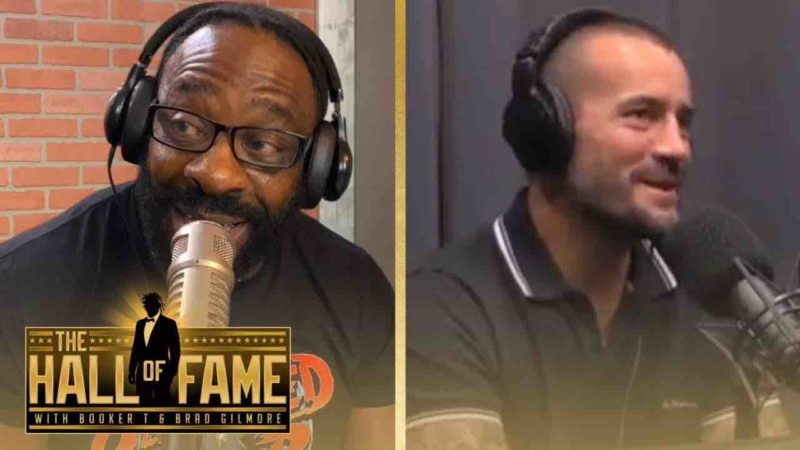 Booker T recently reacted to a tweet sent out by CM Punk in the only fashion that Booker possibly could. The Straight Edge superstar was recently asked by TV producer Mark Ortega who would win in a potential Chicago Street Fight – the aforementioned Booker T or ESPN journalist Ariel Helwan. After Punk said Ariel, Booker replied with a trademark gif of him, as if to say, ‘Tell me you didn’t just say that?” You can view the exchange below. Booker T says King Corbin is superior to Steve Austin in one aspect

In other news revolving around Booker T, The acclaimed five-time WCW Champion recently spoke about his performance with beloved international recording artist, Bad Bunny which took place at the 2021 edition of the Royal Rumble. Booker made the comments during a recent edition of his Hall of Fame podcast where he said the following. Credit to WrestlingInc for the following transcription.

Booker: “I could definitely see his vibe and the way he felt,” Booker T said. “He was ready man, he was running around like crazy. I had so much fun doing the song and then doing the segment with him, but I did not want to take any shine away from him or anything like that.

Booker continued: “To see how he went out there and held his own as far as The Miz and Morrison [interaction during the Rumble match] and then with Damian Priest [on Monday Night RAW], I thought it was great. I thought with me being anywhere near him would’ve taken something away from him, so I blessed him and said after we did the song and let him know it’s all on you as far as what happens here going forward. I think Bad Bunny did a good job.” Booker T recently revealed why Goldberg needs to retire.