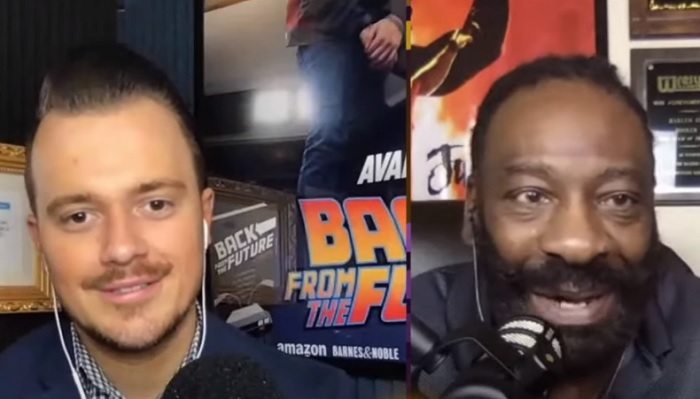 Two-time WWE Hall Of Fame legend Booker T recently sounded off on the introduction of WWE ThunderDome on the latest episode of his “Hall Of Fame” podcast.

During the podcast, Booker T spoke about the new virtual fan experience being introduced this week, as well as the upcoming WWE SummerSlam Weekend festivities and the COVID-19 precautions going into the events.

Featured below are some of the highlights of comments made by the pro wrestling legend during his latest podcast.

On being excited for WWE SummerSlam:

On the NBA not having fans:

On his COVID-19 precautions:

“I must say, it is something you’re still a little leery about so I’m definitely going to be taking precautions as far as what am I going to be doing while I’m there. I’m going to make sure I am social distancing, I’m going to make sure I’m doing everything properly. I gotta take a COVID test of course and then I gotta quarantine for a day. So it’s a lot goes involved with a lot with going along with this thing for me to actually make it there so I gotta do my part. I’m looking forward to actually being a part of this environment just one more time.”

Featured below are video highlights of the latest episode of the Hall Of Fame podcast featuring additional comments by Booker T regarding WWE ThunderDome.