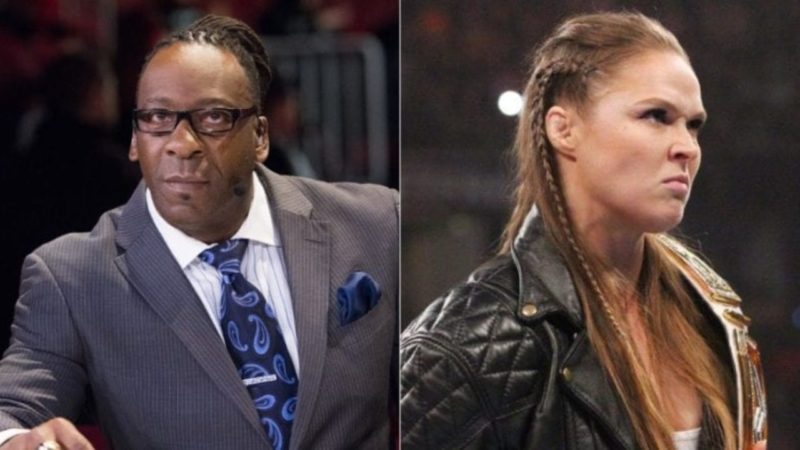 Ronda Rousey’s recent comments about wrestling being fake and the fans being ungrateful has sparked a lot of controversy and it has angered many wrestling personalities.

Booker T and Christian are two such persons who are not very happy about her comments and the two expressed their displeasure during the latest episode of the Hall Of Fame podcast.

Christian was the first to offer his thoughts. He said that the punishment they take is not fake and mentioned how he had to retire because of the injuries he suffered:

“This is my feeling on it when I hear the word ‘fake’ and I get offended when I hear the word ‘fake’ in the sense of, ‘oh, you do that fake stuff,’ but here’s the thing, it’s not fake because the physicality of it is very real. Is it predetermined? I think everybody knows the answer to that. It’s a show, but the punishment our bodies go through on a nightly basis is not fake,” Christian said. “I retired because of injuries, so that shows you how fake it is. It’s a work. It’s not fake. It’s a work. There’s a difference, and that’s my opinion on it.”

Booker T then commented on Ronda’ UFC career and how it ended with two back to back losses and the WWE Hall Of Famer claimed that her comments are a slap in the face of every wrestler that worked with Ronda Rousey:

“Someone like Ronda Rousey, she was great for what she did. She put women on the map as far as UFC goes and women in MMA,” Booker said. ” She really brought that to the forefront, and it was a really great thing, but the exit, the way she left on two dramatic loses. One against Holly Holm [and] one against Amanda Nunes. Be that as it may, it is what it is, and to be accepted into the wrestling world and to have to go out there perform with all of those ladies in the locker room that she performed with, it’s a slap in the face to each and every one of those ladies that had to go out there and work with her.”