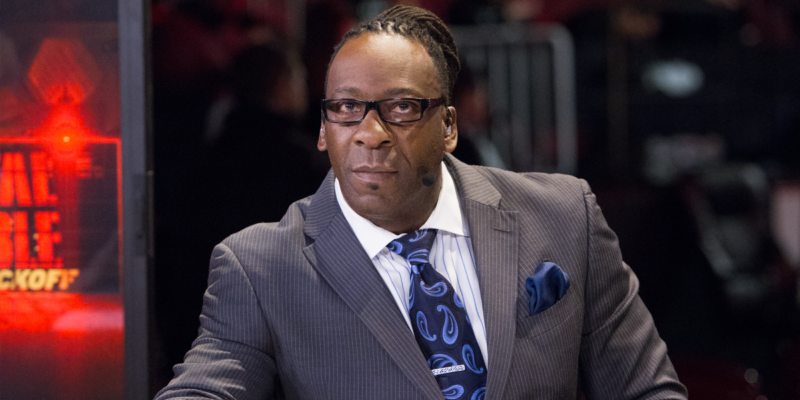 Money In The Bank was in Chicago so a mention of the former WWE Champion and UFC Star CM Punk was inevitable and it came from the former World Champion Booker T.

In a previous interview, Booker had said that the former WWE Champion may return to wrestling if he gets beaten in his second UFC fight as well.

During the pre-show of the PPV, he took another shot at Punk and talking about his second loss, T said that we saw him trying to take over UFC and he got the breaks beat off of him:

“Look we saw CM Punk try to run in the UFC trying to take over, that boy got the breaks beat off him just a couple weeks ago”

CM Punk lost his second bout at UFC 225 earlier this month and after this, his future with the MMA League does not appear to be very bright. You can check out Booker T’s comment in the video below and the complete Money In The Bank result here.