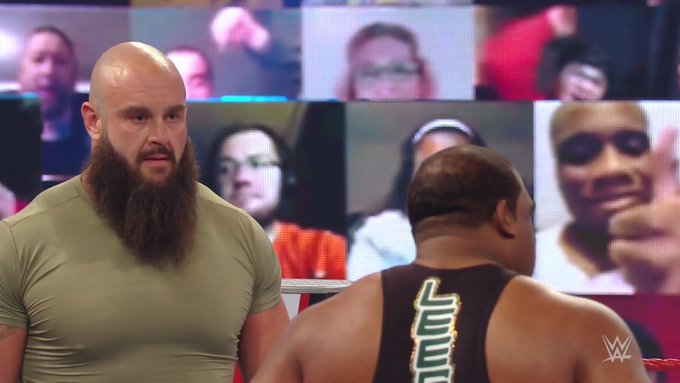 AJ Styles brought two of his Survivor Series teammates to the ring on RAW tonight. The Phenomenal One claimed to be the team captain and was looking to have the best of the best on his side.

NOW…@AJStylesOrg is the self-proclaimed CAPTAIN of Team #WWERaw in the Men's Elimination Match at #SurvivorSeries! pic.twitter.com/1iqEhr2gsO

WIth Keith Lee and Sheamus in the ring, Braun Strowman came down to shake things up. Adam Pearce came out to say he’d love to have Strowman on the team, but nobody wanted to face him.

Well…nobody but Sheamus and Keith, neither of whom would be backing down from a fight. All three men faced off in a Triple Threat, and if Strowman won, he’d be added to Team RAW.

Strowman would ultimately pick up the win after a powerslam to Sheamus. With that, AJ Styles had another monster on his side.

Can't Team #WWERaw just get along before the Men's Elimination Match at #SurvivorSeries?!

As @BraunStrowman qualifies, it's complete chaos between these red brand teammates! pic.twitter.com/pdjk4VnRUG

Styles attempted to get the crew to settle their differences, but it didn’t work out well. Following that…well…if you can’t join em, beat em.