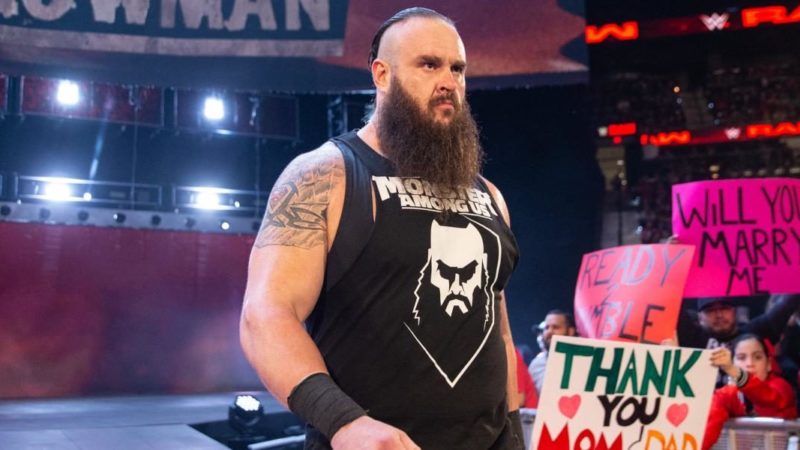 Braun Strowman is one of the arch rivals of Roman Reigns and the two have had incredible matches which have helped build both the stars and given fans a lot of entertaining moments.

During a recent interview with SportsKeeda, the Monster Among Men talked about a number of things and also commented on the recent heel turn of the Big Dog.

Strowman admitted that he is a little bit shocked with the new attitude of the Universal Champion and he went on to explain how he has always respected Reigns:

“Look, I’ll be honest with you, I’m a little bit shocked by it and pretty appalled, you know, I’ve always had a lot of respect for Roman. Even when we were trying to kill each other, you know, he helped me out a lot early in my career, and he went away, and stuff in the beginning of this pandemic and I applauded him for being selfish and taking care of himself and his family, first and foremost. Whatever he has been through, or gone through, that was, like I said, we had a long conversation.”

Though continuing on the topic, the former champion said that he doesn’t know where this new attitude of Roman Reigns comes from:

“Saying that and that being said, I don’t know where this attitude and smug chip on his shoulder that he’s got since he’s come back [came from],” Strowman said. “I don’t know if it’s because he’s got this parasite Paul Heyman in his ear, you know filling his head up full with all this c***, and stuff like this, but you know, at the end of the day, I feel like he is carrying the Universal entitlement, just his attitude, his whole new attitude. I’m not really a fan of it, and I don’t think too many of the guys are in the locker room.”