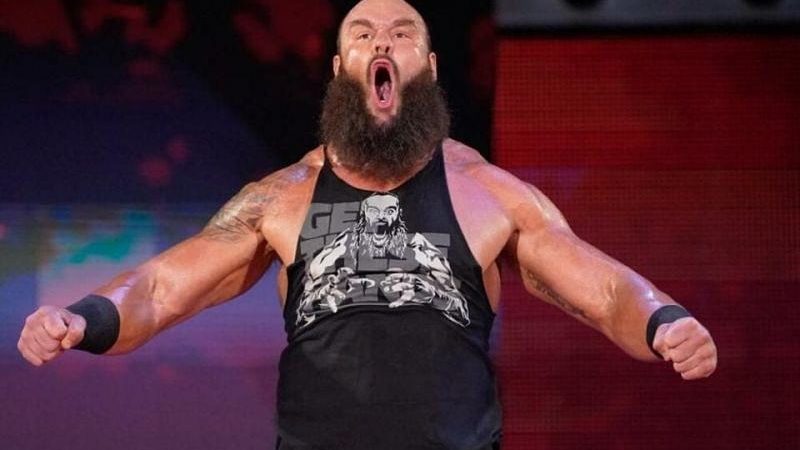 The former WWE star Braun Strowman (now Adam Scherr) recently took to his Twitter account and noted a cut out of WWE star Alexa Bliss. ‘The Monster Among Men’ went on to send a message about Bliss and their short-lived team-up in 2018.

It was back in 2018 that Strowman and Bliss formed a tag team in the first season of the WWE Mixed Match Challenge. The duo did quite well in the tournament but fell short of winning it. A fan recently shared a tweet containing a picture of a life-sized cut-out of Alexa Bliss. The picture also featured a card depicting The Monster Among Men. Strowman responded to the fan’s picture and shared a heartfelt message about “Team Little Big”.

Team Little Big were off to a flying start in the Mixed Match Challenge by defeating Sami Zayn and Becky Lynch. In the second round, the unlikely duo picked up a win over Jimmy Uso and Naomi. In the semi-finals, Strowman and Bliss met The Miz and Asuka when they suffered the loss. The bout ended when Asuka forced Little Miss Bliss to tap out.

Braun Strowman and Alexa Bliss are quite close in real life and are the best of friends. Strowman attended Bliss’ wedding to Ryan Cabrera earlier this year, and the duo were seen dancing together, with Mojo Rawley joining the duo as well. Speaking about Bliss, she has been away and it has been quite some time since she last wrestled a WWE match. Her fans are eagerly waiting to see her in action again.