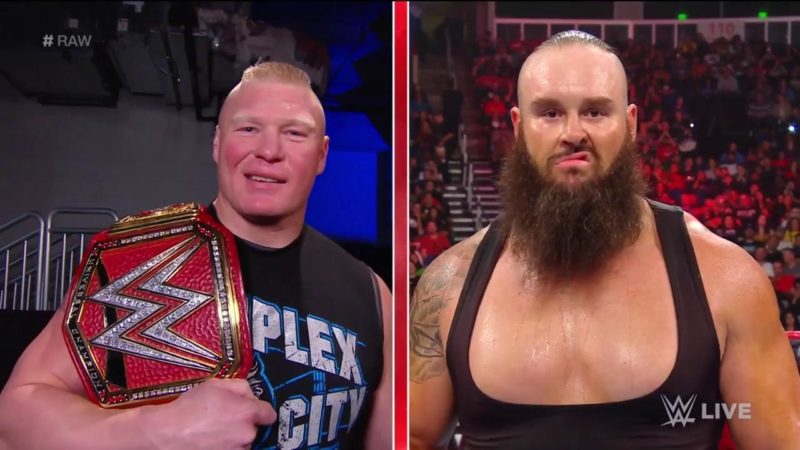 At WWE’s TLC event in December, Braun Strowman defeated Baron Corbin, both costing Corbin his job as Raw general manager and earning an opportunity at Brock Lesnar’s Universal Championship at WWE Royal Rumble. However, Strowman’s short temper and Corbin’s taunting seemed to have cost the Monster Among Men.

While Stroman chased Corbin backstage, the Lone Wolf hid in Vince McMahon’s limo. In order to get to him, Strowman tore one of the doors off of the vehicle. Corbin got away, and before Strowman could chase him, Vince appeared to chew out Strowman.

It was later revealed that Strowman had been stripped of his opportunity, and a new contender would be decided tonight in a Fatal-4-Way match featuring Drew McIntyre, John Cena, Baron Corbin, and Finn Balor.