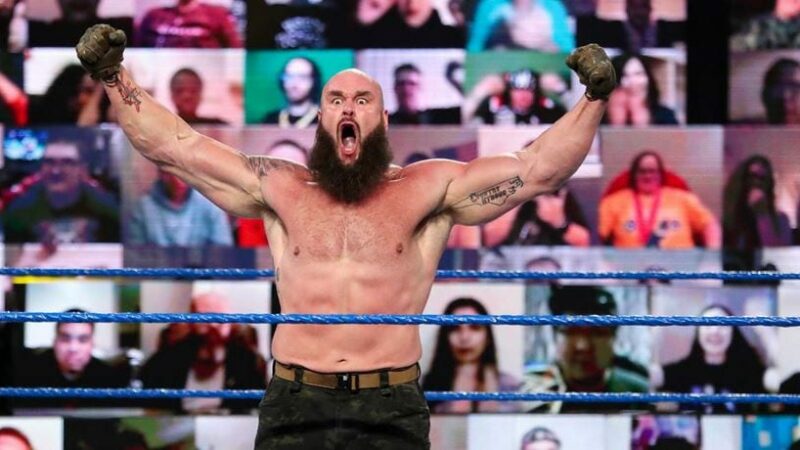 Recently Vince McMahon grabbed the headlines when he announced his retirement at 77. He announced that he is retiring from his roles as Chairman and CEO of WWE. It was later clarified that he was also done with his work on creative. As of now Stephanie McMahon and Nick Khan are Co-CEOs of WWE, while Triple H is EVP of Talent Relations. Dakota Kai, who was previously released made her return at SummerSlam and there have been reports that Hunter might bring back some more released stars.  Fans have been wondering if the former WWE Universal Champion Braun Strowman (now Adam Scherr) will be brought back.


Braun Strowman teases fans for a return to WWE

A fan recently asked former Universal Champion Strowman about the chances of him going back to WWE with Triple H in charge now.

“Is there any chance of you going back to wwe now that hhh is in charge of creative, it seems like they’re moving in the right direction,” asked the fan in his tweet.

Strowman replied to the same with the typical professional wrestling quote of “Never say never”, keeping the door open for a future WWE return.

It has been reported that ‘The Game’ might sign some top AEW stars down the road including top names like Jon Moxley. According to PWTorch.com,  ‘The Death Rider’ might consider returning to WWE as his issues were with Vince. Now that Vince has departed, Mox could make his comeback to WWE. On the latest Wrestling Observer Radio, Dave Meltzer was asked if Hunter plans to go after any of those top AEW star:

“Put it this way. If he thinks he can get them, of course! Of course! I mean, even if Vince was there, the idea of taking guys of that level, they would absolutely go for it. Would it be the right move for either of those three people? That’s something that they would have to judge.”