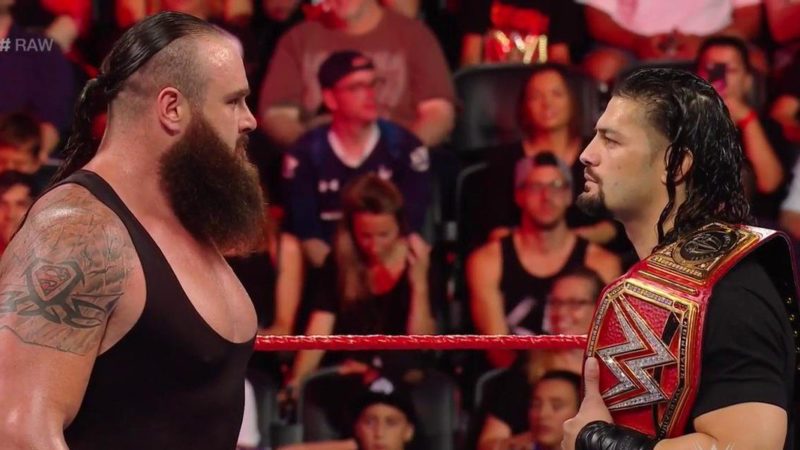 Roman Reigns opened Monday Night Raw by mocking Braun Strowman and calling him out for not acting like a real monster. The Universal Champion then said that if The Monster Among Men didn’t come out, he was issuing an open challenge to whoever wanted a piece of the champion.

Strowman came out and quickly revealed that he wasn’t going to cash in this week, like many expected after his tweet over the weekend.

Instead, Strowman will cash in his Money In The Bank briefcase on September 16 when he challenges Roman Reigns for the Universal Championship in a Hell In A Cell match at WWE Hell In A Cell.

Match: MADE! @BraunStrowman tells @WWERomanReigns that he will cash in his #MITB contract at Hell in a Cell on #Raw! #HIAC pic.twitter.com/oRPsQvTF9P

Without the Shield to back him up, will Roman Reigns be able to overcome the force of the Monster Among Men?