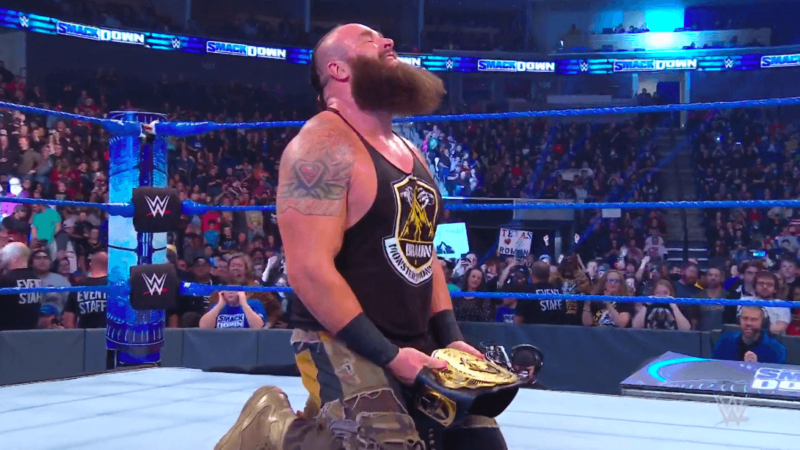 As seen on this week’s episode of SmackDown, Braun Strowman went up against Shinsuke Nakamura and challenged for the latter’s Intercontinental Championship.

The two men had a great offensive match and it also had its fair share of interference from Sami Zayn. However, all those attempts backfired and after a vicious running power slam, Braun Strowman pinned the Champion for the victory and the title.

Braun Strowman is now the NEW WWE Intercontinental Champion. This is surprisingly Strowman’s very first singles title in the company.

A SUPER SmackDown for a SUPER victory!@BraunStrowman has DEFEATED @ShinsukeN to win his FIRST SINGLES TITLE in @WWE! #AndNew #SmackDown #ICTitle pic.twitter.com/Z1AefO1IwX

This title victory has been a long time coming for Strowman who’s been in the top card of the company for years but hadn’t won a singles title until tonight.