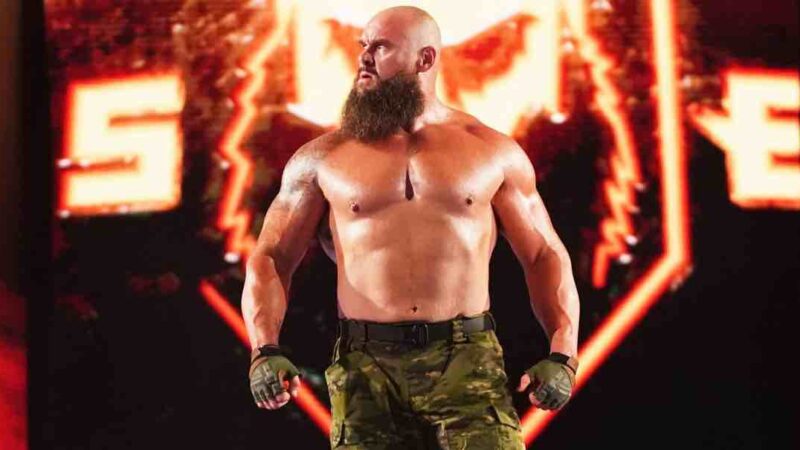 The former WWE star Braun Strowman was shockingly released from the company due to ‘budget cuts’. Fans have been waiting to witness him back inside the ring regularly and it seems the wait is over.  Eva Marie Real Reason For WWE Hiatus Leaks

According to PWInsider, Adam Scherr (FKA Braun Strowman) is set to make his IMPACT Wrestling debut at this weekend’s pay-per-view, Bound for Glory.

It was reported that Scherr met with the company’s Executive Vice President Scott D’Amore last week at the Motor City Comic-Con to discuss a potential deal. Scherr was signed by WWE in 2013. He made his debut as part of the Wyatt Family in 2015.

The former strongman competitor would win his first major title when he captured the Universal Championship from Goldberg at WrestleMania 36 after Roman Reigns took time off from the company due to the COVID-19 pandemic. Scherr would make his final appearance for WWE at the 2021 Backlash pay-per-view event in a losing effort against Bobby Lashley in a triple-threat match alongside Drew McIntyre before being released by the company in June 2021.

As per the report, Scherr could be going by the name ‘Titan’ moving forward but no word on if that’ll be a nickname or a completely new gimmick altogether. Scherr had also announced that he will be an analyst for the Mr. Olympia Arm Wrestling Championships for NBC Sports and recently appeared in a ‘wrestling’ role as part of EC3’s ‘Free The Narrative 2’ special.