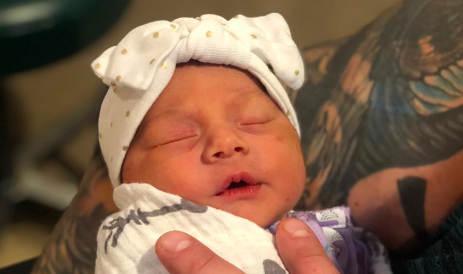 Bray Wyatt and his partner JoJo Offerman have been dating for quite some time now and their first child, Knash, was born in May last year. Now, the two of them have been blessed with a baby girl who they’ve named Hyrie Von Rotunda.

Wyatt took to his Twitter handle to announce this good news to the world with a picture of his newborn daughter in his arms.

Wyatt’s girlfriend Jojo Offerman is also a WWE employee who’s on maternity leave. Jojo is a ring announcer and was also a former cast member of “Total Divas” on E! Network.

Wyatt also has two other daughters from his former marriage.

We would like to congratulate the happy couple on welcoming their second child to the world.