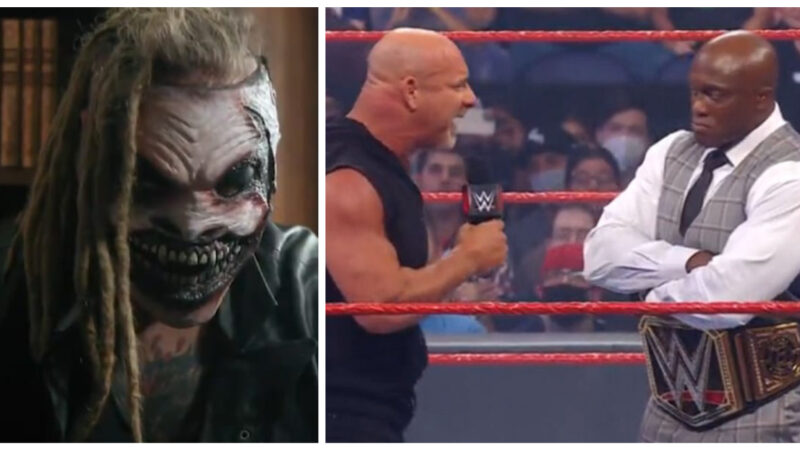 Tonight’s edition of WWE Monday Night Raw opened in grand fashion as the WWE Champion ‘The All Mighty’ Bobby Lashley and his confidante MVP addressed the WWE Universe. MVP states that if Goldberg accepts this massive challenge laid out in front of him, it could very well be the final match of Goldberg’s storied career and that the crowd had the choice on whether or not they wanted Goldberg to be remembered Goldberg as a champion or a casualty. Bray Wyatt’s bold message to Tony Khan was recently revealed.

After Goldberg would come out, he states Lashley looks scared and that MVP is nothing but scared. He would state would that it doesn’t matter how old he is – Goldberg will still be Goldberg and Lashley will die by the spear.

During the match however, there was an interesting development as the WWE universe would chant not for the man called Goldberg or for Bobby Lashley but for the recently released now-ex WWE star – Bray Wyatt with the Chicago crowd chanting ‘We Want Wyatt’ during the Goldberg/Bobby Lashley exchange as Wrestling Inc’s Nick Hausman stated on social media via Twitter

There were also a spattering of chants for former WWE champion CM Punk before the show went live as one member of the WWE universe stated: “CM Punk Chants right before we went live. This is Chicago!”” There were chants during Drew McIntyre’s match as well.

Love the Chicago crowd for chanting “We Want Wyatt”.