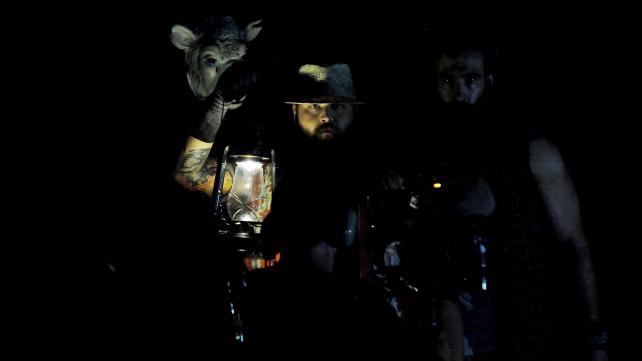 This week’s edition of AEW Dynamite saw the debut of former WWE superstar Brodie Lee FKA Luke Harper- as the former WWE Intercontinental Champion was revealed as The Dark Order’s Exalted One.

Since departing from WWE last December, Lee was finally made his first appearance in the Pro Wrestling circuit and on his first night in All Elite Wrestling, the former Intercontinental Champion led The Dark Order in a brawl against SoCal Uncensored.

During his tenure with the WWE, Lee was a part of the popular Wyatt Family faction along with Bray Wyatt, Eric Rowan, and Braun Strowman. And, as it turned out, Lee’s former leader Bray Wyatt did keep an eye out for his former compatriot and was understandably sorry to see Harper depart.

Wyatt took to Twitter and sent out the following tweet, claiming that it’s only him and Rowan left and further added that Strowman never left to begin with.

With Wyatt currently set to face John Cena at WrestleMania 36, it remains interesting enough to be seen what AEW has in store for The Dark Order and Brodie Lee from here on.