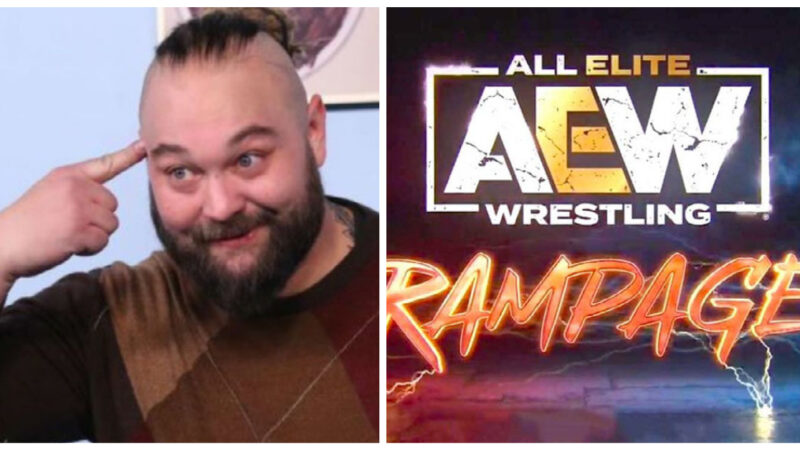 Let him in – to AEW? Although Windham Rotunda, the former Bray Wyatt is not expected to show up during tonight’s edition of AEW Rampage, he has been as cryptic as ever. The ex-Wyatt was released from his WWE contract late last month to the shock of professional wrestling and sports entertainment fans across the world. Bray Wyatt ‘outraged’ Vince McMahon before his firing


The former WWE Universal Champion took to social media via Twitter to tweet out this ever-so-bizarre statement, which is a quote from rock and roll icon – Eddie Van Halen. The tweet read: “Rock Stars come and go. Musicians play until they die. -Eddie Van Halen”.

It can be speculated as to what ‘The Eater of Worlds’ meant by that particular quote, the timing of it is surely interesting as it comes just mere hours before AEW’s much anticipated and special edition of Rampage: “AEW Rampage: The First Dance”. It’s unclear and perhaps highly unlikely whether or not the one-time Wyatt will be showing up during this week’s AEW Rampage or any other editions for that matter.

During a recent interview with SportsKeeda Wrestling, former WWE Champion Seth Rollins recently stated how much he misses Rotunda and the Bray Wyatt character in the WWE. Credit to the outlet for the following quote.

“Bray Wyatt… God, I miss him,” Rollins said. “I wouldn’t say I drew much inspiration from him. He was way out there with the stuff he wanted to do character-wise and it worked for him. For me, not so much. That’s not really where I sit when it comes to characters in wrestling, but it worked well for him.”

Rock Stars come and go. Musicians play until they die.