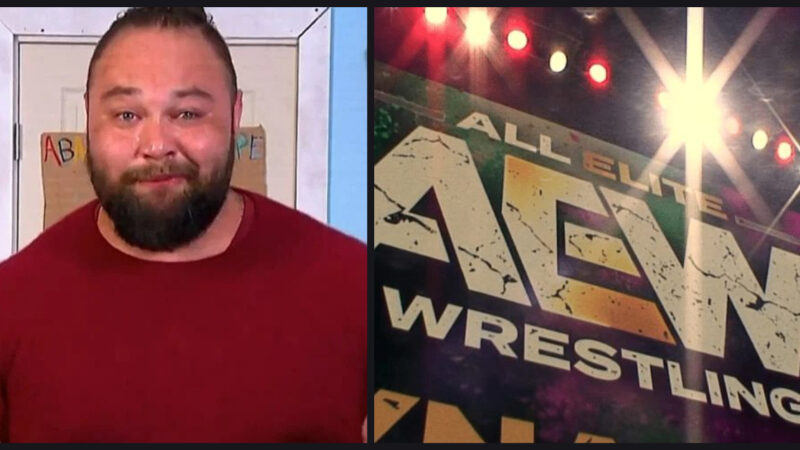 Bray Wyatt has been away from pro-wrestling since he was released from WWE. But, he is certainly keeping tabs on the happening in the business. He noted the huge in-ring debut of CM Punk and reacted to it.  He liked a Tweet of Punk that was about AEW All Out.

Check out the screengrab below: 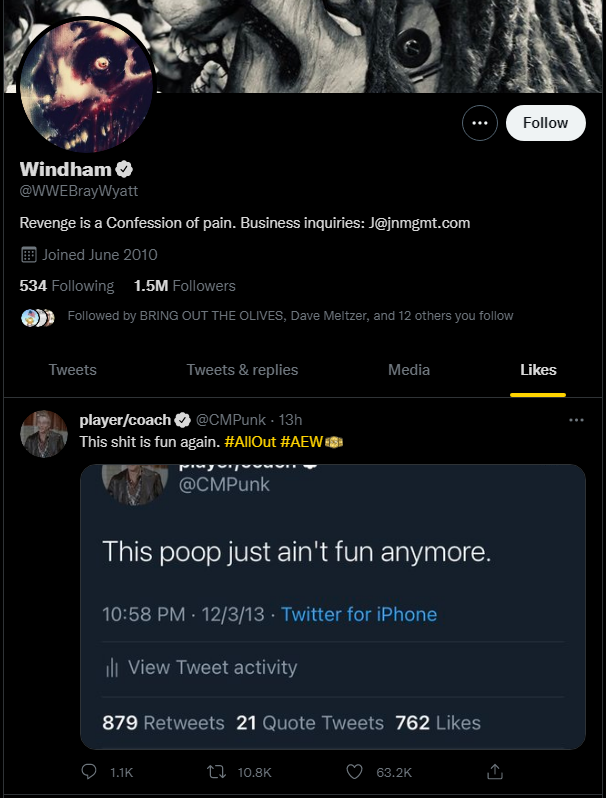 AEW star MJF seemingly had a huge influence on the recent massive signings in AEW. He is one of the best heels in the industry and he has been involved in a rivalry with Chris Jericho. While speaking during the post-All Out media conference, Tony Khan revealed that MJF has a great mind for the pro wrestling business and even personally recommended several AEW stars to Tony Khan, including Kris Statlander and Leyla Hirsch. WWE Top Star Calls Adam Cole ‘Scumbag’

The amount of people he’s recommended to me. People that went to Create A Pro that he trained (at). (He) recommended Kris Statlander and Leyla Hirsch to me personally. He called me up on the phone and recommended both of them. He recommended… I called him asking about Max Caster and Anthony Bowens and he gave me references and then I said, ‘Do they get along with each other?’ (laughs), and he said, ‘I don’t know’, and I said, ‘Well I have an idea’. And Bear Country. A number of people he’s given me references because he’s got a great mind for it.”

MJF lost against Chris Jericho at AEW All Out, as a result of which Jericho won’t have to end his in-ring career at AEW.