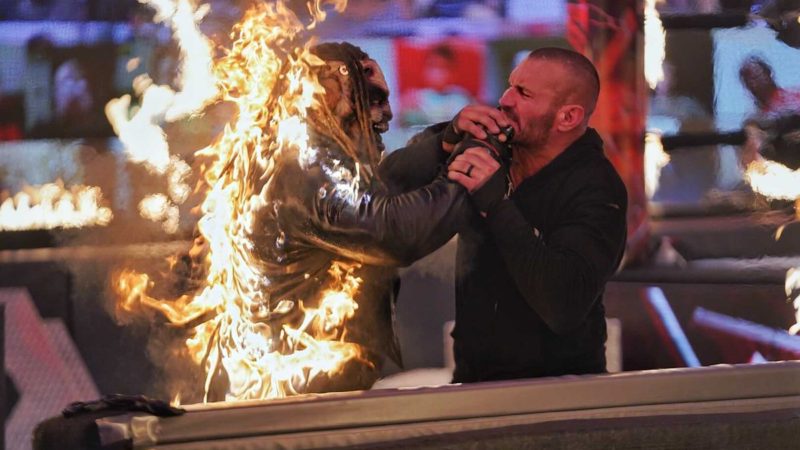 It’s been a very long time since we have seen Bray Wyatt. We don’t know when or how we will be seeing The Fiend again. Heck, even the WrestleMania poster doesn’t feature Bray Wyatt on it. Not having The Fiend around has certainly put a kink in the hose that is the flow of viewers to the WWE.

Vince Russo recently stated that Bray Wyatt is “miserable” with the way he is being booked and kept off TV in his angle with Alexa Bliss and Randy Orton heading into WWE Fastlane.

Wyatt has not appeared on television since he lost a Firefly Inferno match against Randy Orton at WWE TLC. The Wyatt vs. Orton storyline has continued in recent months on RAW, as Alexa Bliss has teased The Fiend’s return.

Vince Russo sat down with Dr. Chris Featherstone and he and Russo discussed Wyatt’s storyline in the latest episode of Sportskeeda Wrestling’s Writing With Russo. He said the man behind Wyatt’s character is a creative person who values storytelling over his own finances.

“When I see a guy like Bray and what is just oozing out of him, I know this guy is miserable. And then, bro, you’ll have people say, ‘Yeah, well he’s making…’ No, bro, you don’t understand, when you’re a creative person it doesn’t matter what you’re making. You have that inside of you and it’s got to come out. So when I see guys like him, it breaks my heart, bro.”