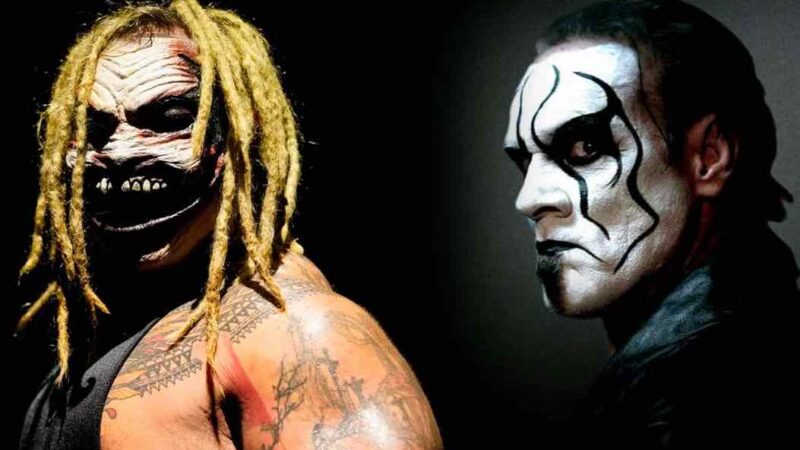 In a case of mistaken identity, taking to social media via Instagram, the man formerly known as Bray Wyatt would post a picture of WCW era Sting and two kids that were presumed to be Wyatt and his brother. In fact, Wyatt even stated he would sign this picture personally. However, he would set the story straight on the social outlet that this picture did not include him and he has no idea who the children are. The former WWE Universal Champion would state the following:

“I never thought I would do this…. But I have seen this picture seemingly every time I check my social media for years now. I’ve seen it on wrestling news sites, I have even signed this picture for fans. One of my good friends sent me this TODAY, and he was far from the first to make the mistake. The truth is I have no idea who the hell these kids are, but I know for sure they are not me or Taylor. It’s always been kind of a hilarious little joke to me but today my curiosity has gotten the best of me. So what say you, bowl cut brothers….. are you out there?? Is this a funny little joke to you too? I think it’s high time you step up and take credit for this cool-ass picture of you and prime Stinger.”

The boxing legend and WWE Hall Of Famer Mike Tyson reportedly pulled out of “The Roast Of Ric Flair” event which is set to take place as part of the Starrcast V festivities in Nashville.

Mike Tyson will not appear at the show

Conrad Thompson had previously confirmed the roast would be happening and so far Diamond Dallas Page and Eric Bischoff have been announced as roasters, alongside Tyson, as was first announced by TMZ. They noted in the original report more names from the celebrity and wrestling world are expected to be involved, but now Tyson is not going to be part of that.

However, in a new report by TMZ, the former boxer has pulled out, with his rep telling them “Due to unforeseen circumstances Mike will not be participating in the roast,” and they opted to not elaborate on the reasoning behind that.

Tyson and Flair have formed a genuine friendship over recent years, and have also become business partners, with Tyson’s cannabis company “Tyson 2.0” joining up with Ric Flair’s new marijuana venture to sell “Ric Flair Drip” products for his fans.

Starrcast V is going to have numerous panels, meet and greets and wrestling matches taking place, but Flair is going to be a huge part of the event. He will be reuniting with the Four Horsemen for a stage panel which will see Arn Anderson, Tully Blanchard, Barry Windham, JJ Dillon, and Lex Luger join him. It has been noted that there will then be the “Roast Of Ric Flair,” which is going to see a series of guests poke fun at the Nature Boy, with everything culminating with his final ever wrestling match, which is being billed under the Jim Crocketts Promotions banner.