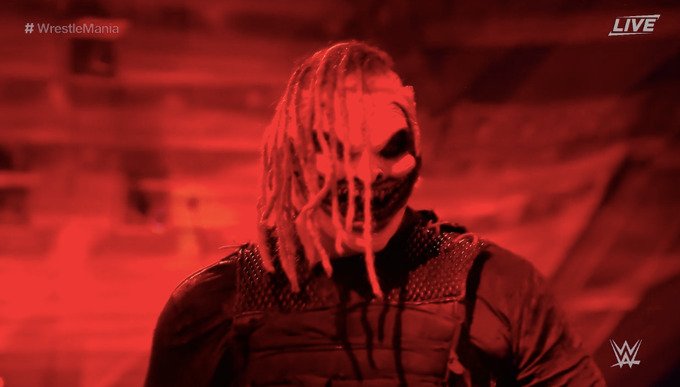 Should ‘The Fiend’ Bray Wyatt leave WWE after his shocking loss to ‘The Viper’ Randy Orton during night two at WWE WrestleMania 37, and bad booking on Raw? On The Best Wrestling Show podcast, former WCW commentator Mark Madden makes the case for why it would be best for Wyatt to not only to leave WWE but to show up to All Elite Wrestling as the new leader of the Dark Order. Wrestling-Edge transcribed his comments, along with the comments of his co-host, former WWE producer Mike Mansury below. This Bray Wyatt Raw return was ‘ruined’ by mistake.

Madden: I think the whole ‘Fiend’ thing is stupid, it’s time to dump the character, and time to let Bray Wyatt go back to being his old character.

Mansury: Here’s the thing Mark, I think that there has been so much damage done to that Bray Wyatt character that I don’t think there is any ‘coming back’. The sad part is, this character has been fucked over so many times at WrestleMania.

Madden: I agree, and it’s a shame for Bray but you know what the best slot for him would be in wrestling? I’m not kidding about this either.

Madden: He goes to AEW as his old character, the guy with the lantern, the creepy hillbilly cult guy, and he takes over the Dark Order in memory of Brodie Lee and they are no longer a comedy act. They get rid of some of the guys who suck as well and that would be the best thing for Bray and the best thing for those guys.

Mansbury: Yeah, I just don’t know, there’s just so many times you can push the reset button on Bray Wyatt.

Madden: No but you can do it there though, you can do it in AEW under those circumstances. I gotta be honest though, Bray’s a great performer but he’s done in WWE.