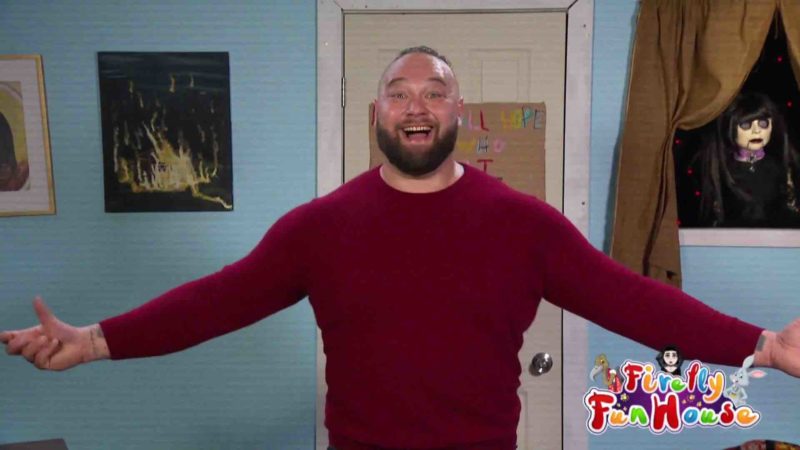 Reports of the former Universal Champion Bray Wyatt possibly returning to WWE created a buzz. Fans have been wanting to get some updates about the return of former WWE star Bray Wyatt. But, now it seems it’s only the higher management in WWE that will discuss the same in a closed-door meeting. Wyatt also reportedly had a flight booked for a WWE return at Clash at the Castle. It turns out his return to the square circle has been delayed. Meanwhile, fans were frenzied after last week’s episode of Friday Night SmackDown. WWE had seemingly teased Bray Wyatt’s return. However, it seems the rumor has been snubbed by WWE star Karrion Kross.

During the September 16 episode of SmackDown, arena speakers played the iconic 1967 psychedelic rock song “White Rabbit” by Jefferson Airplane. Red lights were flashed and the crowd turned on their phones’ flashlights, similar to how it was done during Wyatt’s entrances.

This happened again at a WWE live event in Bakersfield, CA on September 17. The lights were dimmed, the same song was played, and the fireflies sprang into action.

Some fans in attendance believed that these occurrences are teasing the return of ‘The Eater of Worlds’. Bray Wyatt has had a stranglehold on horror-esque characters in WWE over the past few years, but these segments may not be teasing his return at all.

Karrion Kross recently tweeted out a few emojis relating to his character. There was an hourglass, a question mark, and most intriguingly, a rabbit. This was in response to a video of Kross from 2018, when he worked for Mexican promotion Lucha Underground as The White Rabbit.