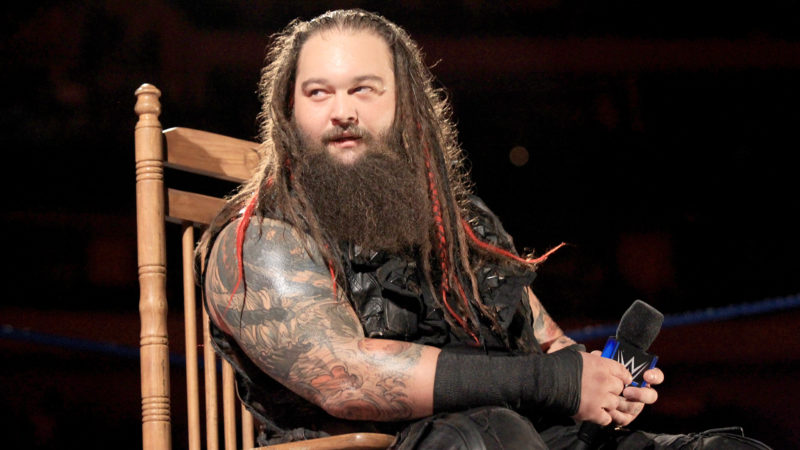 During the September 16 episode of SmackDown, arena speakers played the iconic 1967 psychedelic rock song “White Rabbit” by Jefferson Airplane. Red lights were flashed and the crowd turned on their phones’ flashlights, similar to how it was done during Wyatt’s entrances.

Some fans in attendance believed that these occurrences are teasing the return of ‘The Eater of Worlds’. Karrion Kross recently tweeted out a few emojis relating to his character. There was an hourglass, a question mark, and most intriguingly, a rabbit. This was in response to a video of Kross from 2018, when he worked for Mexican promotion Lucha Underground as The White Rabbit. Now, once again WWE dropped a tease, which could possibly for Wyatt.

After a backstage segment on Raw with Austin Theory, a QR code could be seen in the background, and when scanned, it was noted that it takes to a video on WWE.com featuring a white rabbit.

The video asks the question, “Who killed the world?” The letters fill in to say “You did,” and then a “Come with me” message appears before it flashes “9.23,” the date of Friday’s episode of SmackDown, so it appears another clue will be revealed, or the White Rabbit will appear.

As seen below, the “YOU DID” font is the same as Wyatt’s “FIND ME” t-shirt. This further fuels speculation that this teaser may be leading to Wyatt’s return.

The QR code behind Austin Theory takes you to this video. #WWERaw #WhiteRabbit pic.twitter.com/R4bAXYCSFX

“YOU DID” is the same font as Bray Wyatt’s “FIND ME” shirt. pic.twitter.com/XhczatmZMy