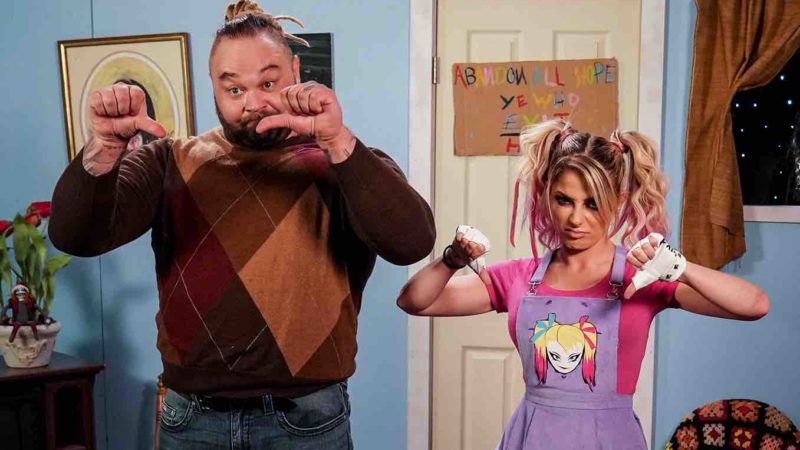 Bray Wyatt was the only prominent WWE star absent for Vince McMahon’s introduction at WrestleMania 37 welcoming back WWE fans. Alexa Bliss and Randy Orton were present, but Wyatt was nowhere to be seen by Bliss. You can view video of Alexa below.

Alexa Bliss will be front and center during WrestleMania 37 as she will be accompanying ‘The Fiend’ Bray Wyatt during his match against ‘The Viper’ Randy Orton during night two of WrestleMania 37. It was also recently reported that Bliss could be getting a change-up to her ever-evolving character, including a ‘Fiend-inspired’ mask. She would address this rumor during a recent interview on The Battleground Podcast. Credit to WrestlingNews.co for the following quote. Vince McMahon recently ‘turned down’ an Alexa Bliss offer backstage.

“Honestly, I don’t know. Everything we find out, we kind of find out the morning of. As of now, no. I have some really cool makeup plans, but a mask, I’m not so sure about.”

In other news regarding Alexa Bliss, the follower of ‘The Fiend’ Bray Wyatt was also interviewed by Washington D.C. based radio station DC101, discussing her thoughts on WrestleMania 37 being two nights, proclaiming that she prefers it in comparison to one night.

“I’m really excited because I feel like the energy is going to be so much higher,” Bliss said. “When it was one night, there’s later matches at the end of the night and you’re just like, ‘oh man, we gotta wake these people up. They’ve been watching the show for about seven hours now!’ I’m excited, I’m happy that it’s two days and everyone can come back refreshed the next day.”

Alexa Bliss’ ‘Embarrassing’ Tattoo Was Revealed. During that same interview Bliss would discuss the involvement of Grammy-award winning star Bad Bunny during ‘The Show of Shows’ as he, along with Damien Priest will be facing The Miz and John Morrison during night one of the event.

Credit to Wrestling Inc for the second half of this article’s transcriptions.