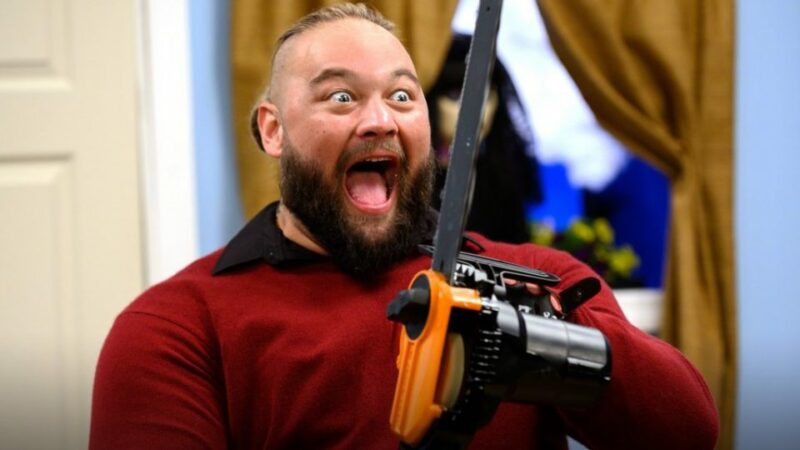 WWE Hall of Famer The Undertaker has been thirty years in the pro-wrestling business and that has been a challenging journey for ‘The Deadman.’ He will go down in the history books as one of the greatest stars in the industry. He was seen in a recently serviced video from WrestleMania Axxess. The Undertaker talked about Bray Wyatt’s WWE exit. It came upon as a huge shocker last year when Wyatt was let go by the company as part of the budget cuts.

The Undertaker believes Bray Wyatt would return to WWE

‘The Deadman’ wished for Wyatt’s best and hoped that Wyatt would come back to WWE one day.

”Bray Wyatt, I hope things get worked out with him somewhere because he is a phenomenal talent. And, I think he has a lot to offer to this industry. Hopefully, at some point, he comes home.’

The Undertaker at Wrestlemania Axxess talking about Bray Wyatt 😭 pic.twitter.com/LRDKc4yaYY

Bray Wyatt also recently confirmed that he will wrestle again. It remains to be seen whether Bray Wyatt will make his way back to WWE somewhere down the line. The former WWE Universal Champion Bray Wyatt had squared off against ‘The Phenom’ at WrestleMania 31 in 2015. The Eater of the Worlds had suffered a loss at ‘The Shows of Shows’ but managed to make an impression on Taker. Wyatt took to Twitter recently to pay his respects to The Undertaker ahead of the latter’s Hall of Fame induction. The former WWE champion said it was an honor sharing the ring with the WWE Hall of Famer.

Previously in a response to a fan on Instagram, Wyatt wrote:

“I will always love wrestling. I couldn’t imagine spending the rest of my life without stepping in the ring again and hearing that roar again. I think about it often. Everything has to be in place though. Like I said, timing is everything.

I have never been more healthy both physically and mentally. I have been able to challenge myself with projects that would’ve never been possible before. This is a happy time for me. But I have to be patient. Timing is everything.”