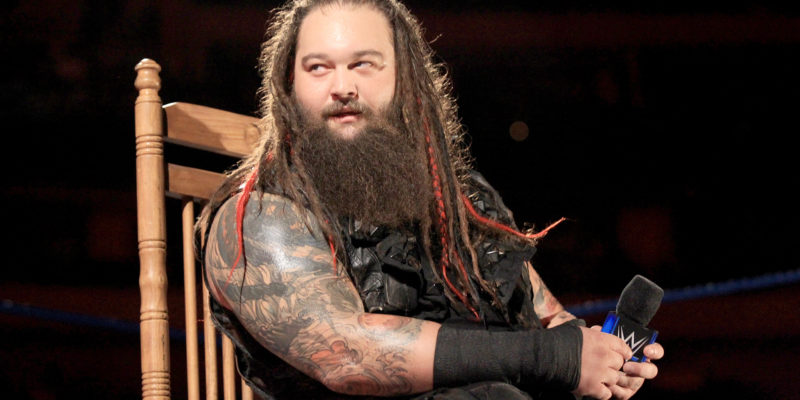 The character of Bray Wyatt is considered one of the best in current WWE roster and a large credit of it goes to the masterful portrayal of the gimmick by Windham Rotunda, the man behind the persona.

In the latest WWE Book NXT: The Future is Now, Rotunda revealed the inspirations behind his character:

“Bray began with my real-life lunacy, I’ve always been an against-all-authority kind of child. I was a big fan of Rage Against the Machine, they were a big influence on my life as a child, so when I started working with Dusty Rhodes, I began losing my mind on a very real level. I became obsessed with this character.”

Later he also revealed how the late great Dusty Rhodes helped him with the development of his character:

“When Husky Harris failed on the main roster, he went all in with the Wyatt persona. I was going to jury duty in my hometown, and Dusty made me go to jury duty as Bray, Dusty told me, ‘This is the perfect exercise. Become Bray.’ I literally went to jury duty as Bray Wyatt. I was so immersed in the character that I didn’t break once. Obviously, I didn’t get picked for jury duty, but I had the white pants, Hawaiian shirt, the whole nine yards. There were no fragments of Husky Harris. Husky Harris was dead, and he was to stay dead. I was Bray Wyatt. We were one.”