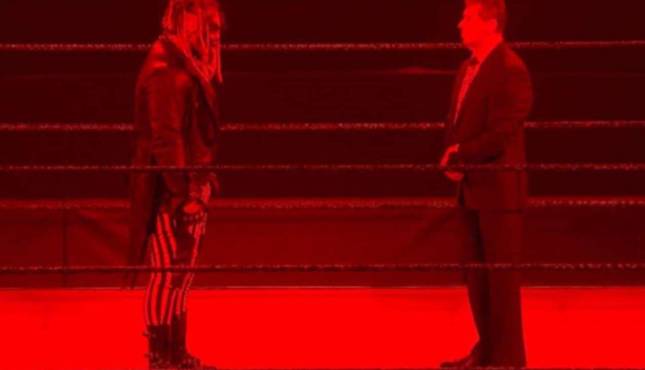 Recently, on the newest episode of ‘The Nitty Gritty Dirt Show,’ Billi Bhatti sat down with former WWE writer Vince Russo. The two talked about a vast landscape of all things pro-wrestling. Here, Bhatti discussed a rumor that had hit the professional wrestling news outlets that the current incarnation of The Fiend character is currently being played by Bo Dallas, the brother of Bray Wyatt. In addition, the two touch on how Vince McMahon was disappoint in the physical shape of Wyatt. Wrestling-Edge transcribed Bhatti’s comments. This Bray Wyatt and Alexa Bliss WrestleMania ‘burial’ just leaked.

Bhatti: This is going to be a rumor killer but these dirt sheets get quoted more than I do. Certain dirt sheet websites ran this story that ‘The Fiend’ is not back and that Bo Dallas [was] playing The Fiend. They’ve even made pictures with height comparisons, etc. It’s all garbage.

The only story here of Vince’s annoyance that Bray Wyatt was getting fatter. There was a period where he was doing the Fiend character where he got himself, not into bodybuilder shape, but a strongman shape. That’s not the shape that Bray has returned to now.

It’s not a fat suit or anything that would coverup anything but he is not in shape. It’s noticeable and Vince McMahon is very disappointed in it and that Bray Wyatt has come back the way that he has after a long layoff. That’s the main takeaway from it and it is still Bray Wyatt.